Yemen rebel court sentences 30 including academics to death for spying 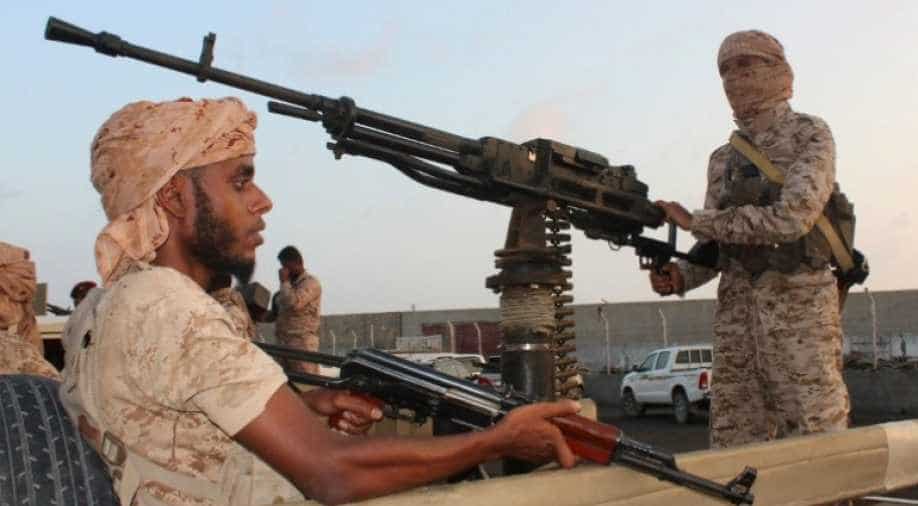 The men, among 36 defendants tried by the criminal court in the rebel-held capital Sanaa, have been in custody for the past year, the source told AFP.

A court run by Yemen's Huthi rebels on Tuesday sentenced 30 academics, trade unionists and preachers to death for allegedly spying for the Saudi-led coalition, a judicial source said.

The men, among 36 defendants tried by the criminal court in the rebel-held capital Sanaa, have been in custody for the past year, the source told AFP.

"The criminal court today (Tuesday) issued a verdict condemning 30 people to death on charges of spying for the aggression countries," the source said, adding that the other six were acquitted.

He said the men were convicted of supplying the coalition with information on locations for airstrikes.

Rights watchdog Amnesty International condemned the verdicts as a "grave violation of human rights", saying in an Arabic-language tweet that the sentences should be scrapped and the suspects freed immediately.

The coalition intervened in Yemen in March 2015, a few months after the Iran-aligned Shiite Huthi rebels captured Sanaa.

Since the Huthis took control of the capital on September 2014, their courts have issued several death sentences for spying.

In May last year, a Sanaa court sentenced two men to death for spying for Riyadh, while in January, the same court condemned to death 22-year old mother Asmaa al-Omeissy and two men on charges of aiding the United Arab Emirates, a key partner in the coalition.

On Tuesday, the supreme court commuted Omeissy's death penalty to 15 years in jail, a judicial source in Sanaa said. There was no decision yet on the two male suspects sentenced with her.

Yemen's conflict has killed tens of thousands of people, many of them civilians, relief agencies say, and sparked what the UN terms the world's worst humanitarian crisis, with millions displaced and in need of aid.