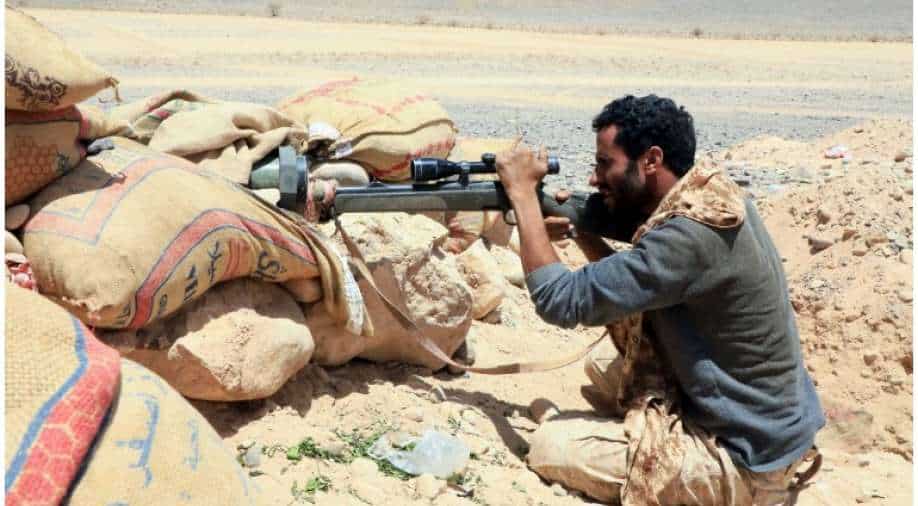 A fighter with forces loyal to Yemen's Saudi-backed government holds a position against Houthi rebels in Yemen's northeastern province of Marib, on April 6, 2021 Photograph:( AFP )

Marib is government's last significant pocket of territory. The Houthi rebels have been trying to seize Marib since February

The fight for control over the strategic region of Marib has heated up in Yemen and loyalist military officials have said that 70 pro-government and Houthi rebel fighters have died. The region of Marib is strategic and oil-rich.

Marib is government's last significant pocket of territory. The Houthi rebels have been trying to seize Marib since February.

Two officials from pro-government forces told AFP that battles are raging on three fronts outside Marib city as the Huthis mount a concerted push.

The new toll has come after officials on Saturday announced 53 killed on both sides.

The 70 dead included 26 members of the pro-government forces and 44 from Huthi ranks, they said. The rebels rarely disclose their losses.

One of the officials said that the rebels "are launching simultaneous attacks" in the areas of Kassara and Al-Mashjah, northwest of the city, and Jabal Murad in the south.

"They have made progress on the Kassara and Al-Mashjah fronts, but they have been thwarted on the Jabal Murad front," he told AFP.

The loss of Marib can be a huge blow for the Yemeni government.