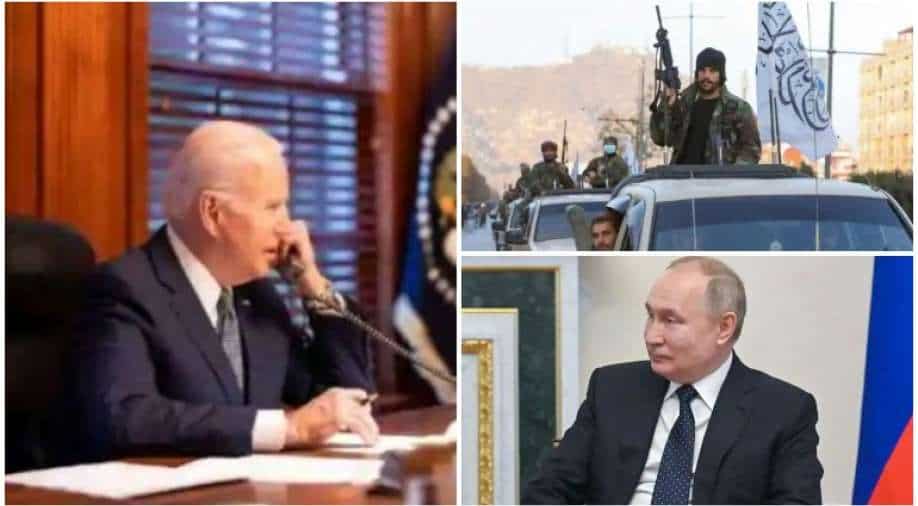 Year 2021 comes to an end. But the cogs of world politics grind on

Politics and money never sleep, they say. Years come and go but things innate to human nature never cease to exist. This is not to say that all peace efforts are futile. But it just underlines the fact that the interplay of good and bad goes on and on. But then, who is to say what is absolute good and bad when it comes to politics? Everyone claims it's a matter of perspective.

Year 2021 was no different from this eternal game but there were notable events in world politics that resonated everywhere. Here's a look at some of the issues.

China continues to add to its global weight and AUKUS deal between US-UK-Australia was perhaps evident.

AUKUS pact, a trilateral security pact announced on September 15. The three-way deal was focussed on Indo-Pacific theatre, where China has number of interests.

The deal will see US and UK help Australia acquire nuclear-powered submarine. It drew condemnation from China but also miffed France as Australia junked it deal with France worth USD 40 billion to enter AUKUS pact.

Uncertainty prevails over Iran nuclear deal revival. US and other world powers had inked nuclear deal with Iran 2015 buy former US president Donald Trump withdrew US from the deal in 2018 threatening the existence of the pact. When Joe Biden became US president, his administration indicated that US was inclined to revive the deal.

The talks to revive the deal have not been fruitful at least as 2021 ended. Iran is insistent on lifting of sanctions and assurances that the deal would not be scuttled unilaterally in the future. Western powers are pointing at Iran's Uranium enrichment activities which have gathered pace after 2018.

This is perhaps the most astonishing of all developments. Taliban the group that was, even at this time last year, was an insurgent group fighting the US-led coalition ceased power on August 15 this year in stunning speed.

US spent two decades after 9/11 attacks to build and train Afghan army which was supposed to defend the country against terrorist elements.

But the army and the regime led by Ashraf Ghani collapsed spectacularly as international forces began their withdrawal. Taliban captured province after province swiftly and finally formed the so-called 'Islamic Emirate of Afghanistan'

USA, the oldest democracy in world that often stands to uphold democractic values across the world saw its own citizens attack its own temple of democracy.

Though year 2020 was hugely marked by the coronvirus pandemic, it aftereffects (an perhaps the next chapter) was seen in 2021.

Just when it appeared that things were stabilising a bit with vaccinations and precautions, coronavirues decided to mutate into a more transmissible form, the Omicron variant.

The variant is spreading rapidly in countries across the world and Europe is especially on alert. Though there are initial signs that virus is not causing as many deaths as previous variants but no one is willing to bet on it at least till now.

On religious front, a meet of two faiths took place this year as Pope Francis, spiritual leader of Christiandom met Grand Ayatollah Ali al-Sistani, one of the most senior leaders in Islam. The meeting took place in Grand Ayatollah's home in Iraq, the country home to Christian minority.

After the meet, Grand Ayatollah's office released a statement saying that the Islamic leader “affirmed his concern that Christian citizens should live like all Iraqis in peace and security, and with their full constitutional rights”.

Tension between Ukraine and Russia has the entire world on the tenterhooks. Russia has amassed its military along its border with Ukraine and has been claiming that it was Ukraine that is creating security concerns for Russia.

Western countries have warned Russia against invading Ukraine. Russian President Vladimir Putin has drew red-lines that NATO cannot include Ukraine in its fold.

On December 31 (by IST) US President Joe Biden spoke with Putin for an hour on phone. Both countries have maintained a tough stance.