Yacht once owned by French tycoon sinks off Malaysia 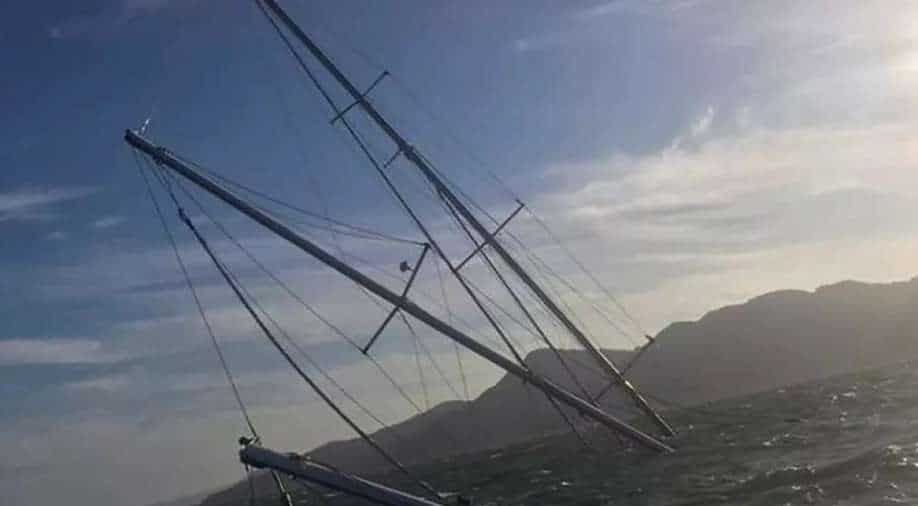 Malaysia's coastguard said the 75-metre (246 foot) Phocea sank near the holiday island of Langkawi early Friday morning, a day after a blaze engulfed the four-masted yacht.

A multimillion-dollar sailing yacht that once belonged to French tycoon Bernard Tapie has sunk off the coast of Malaysia, an official confirmed Sunday, after it caught fire a few days ago.

Malaysia's coastguard said the 75-metre (246 foot) Phocea sank near the holiday island of Langkawi early Friday morning, a day after a blaze engulfed the four-masted yacht.

"We managed to control the fire, but the damage to the hull caused by the fire may have caused the yacht to sink."

He added that government officials were investigating the cause of the fire, and that the agent in charge of the vessel had been informed of the sinking.

Seven crew members were saved from the vessel after rescuers were alerted to the fire on Thursday.

It was later sold to a wealthy Lebanese woman for 36.5 million francs (7.5 million euros today), according to media reports.

Tapie is a former Socialist minister who rose from humble beginnings to build a sporting and media empire, but later faced a string of legal problems.

He made a fortune in the early part of his career by taking over failing companies, and flaunted his wealth. As well as the yacht, he bought a football club.