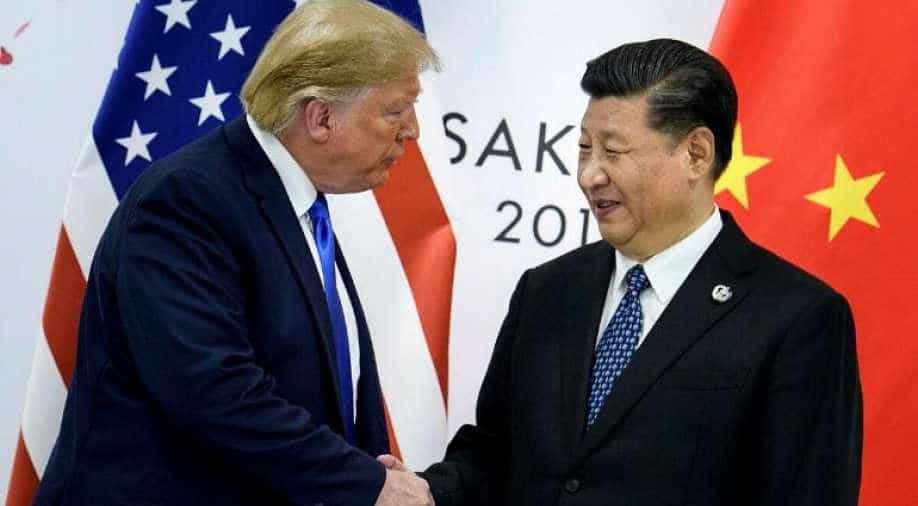 China's head of state allegedly raised the issue in phone calls with Trump in May 2018 and June 2019.

China's President Xi Jinping had asked his United States counterpart Donald Trump for personal "favors" to influence the elimination of sanctions against Huawei Technologies Co. Ltd. and ZTE Corporation, former US National Security Advisor John Bolton claimed in his book called "The Room Where It Happened."

China's head of state allegedly raised the issue in phone calls with Trump in May 2018 and June 2019.

"Xi warned that, if not handled properly, Huawei would harm the overall bilateral relationship," Bolton wrote.

In talks on trade and Taiwan at the Group of 20 summit in the Japanese city of Osaka in 2019, Xi lectured Trump on the humiliation that China experienced as a result of the Treaty of Versailles a century earlier, according to the book.

The treaty drafted in Paris in 1919 ended World War I but China refused to sign because it returned German-occupied Shandong in eastern China to Japanese control rather than Chinese rule.

The G20 discussion came a year after an 8.30pm phone call on May 8 between the leaders in which Xi brought up the issue of US Commerce Department restrictions on telecom equipment giant ZTE over its alleged violations of US sanctions on Iran, restrictions that Trump described as “very strong, even harsh”, according to the book.

On May 13, less than a week after that evening call, Trump tweeted that he and Xi were “working together to give … ZTE a way to get back into business, fast” as there were “too many jobs in China lost”. In July, the US lifted the crippling sanctions on the company.

"Xi wanted the ban on Huawei lifted, and said he wanted to work jointly with Trump personally on the issue, and Trump seemed amenable," the former White House official added.

The US has sold a "tremendous amount of product" to the Chinese company, the American president announced a week later.

While Trump has dismissed Bolton’s book as a “compilation of lies and made-up stories”, the anecdotes and details from his former national security adviser offer a glimpse of the Trump administration’s often erratic policy on China and closed-door talks with Chinese officials.

The memoir described Trump’s diplomacy as relying heavily on personal relationships with foreign leaders, including Xi, and the Chinese president in turn making direct requests to Trump on key issues.