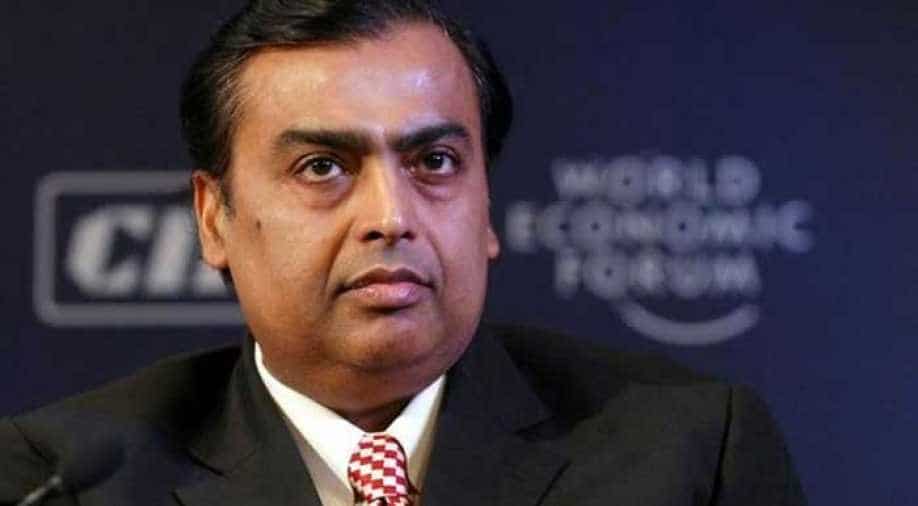 From politicians to movie stars to athletes, the pandemic has been particularly tough on the rich and famous.

The coronavirus knows no social boundaries, it does not discriminate. From politicians to movie stars to athletes, the pandemic has been particularly tough on the rich and famous.

The virus-induced slowdown is eroding the fortunes of the billionaire club.

In just two months, the Wuhan virus has made a dent of $408 billion in the wealth of the world's top 100 billionaires.

With operations halted and factories shut, the coronavirus is not working out for India's richest man. Mukesh Ambani, the chairman of Reliance Industries has seen his net worth tank by 28 per cent in 60 days.

Reports indicate that his net worth fell 300 million dollars each day in the last 2 months. The impact has been severe, Ambani is no longer among the top 10 richest men in the world.

Ritesh Agarwal, the 26-year old founder and CEO of Oyo hospitality group, has decided to forego 100 per cent of his annual salary for this year because the company's evaluation has dropped to $6 billion from $10 billion.

China was the company's largest market outside India, but due to the pandemic bookings for Oyo rooms have dropped abysmally. The company has been forced to lay off 7,000 employees across China.

Ritesh Agarwal too is no longer in the top 100 list, he may soon lose to the tag of being the world's second-youngest billionaire.

Gautam Adani, founder & chairman of the Adani Group, is estimated to have lost 37 per cent or $6 billion dollars of his wealth.

Shiv Nadar's, HCL founder & chairman's, wealth has declined by 26 per cent which is close to $5 billion.

Uday Kotak, the chairman of the Kotak Mahindra Bank, has lost $4 billion dollars which is 28 per cent of his wealth.

Globally, 86 per cent of billionaires on the Hurun list have seen their wealth decline. This includes the king of luxury, Bernard Arnault. His net worth fell $30 billion in the last 2 months.

Amancio Ortega, the owner of the Zara Group, saw a decline of 21 per cent in his wealth which has fallen by $17 billion dollars.

The Mexican businessman magnate, Carlos Slim, shed 24 per cent of his wealth. He too lost $17 billion in the last 2 months.

And Jeff Bezos has lost $9 billion in the two month period, but he remains the world's richest man with a net worth of $131 billion.

However, it's a curious coincidence that some billionaires, mostly in China, are becoming richer despite the pandemic.

Alex Xu's, the founder of Shenzhen-based ventilator manufacturer Mindray Bio-Medical Electronics, net worth has risen 26 per cent to $13.5 billion in the last 2 months. His company is supplying the world with ventilators to fight the coronavirus.

Eric Yuan's, the US-based founder of video-conferencing app Zoom, net worth has skyrocketed. It has risen by 77 per cent.

The founder of New Hope, the biggest animal feed producer in China, Liu Yonghao's wealth has risen by 20 per cent to $15 billion.

And Qin Yinglin's, the chairman of Muyuan, fortune has risen by 16 per cent to $22 billion.

As the masters of the economic universe lose money due to the Wuhan coronavirus. China's puzzling success story needs to be studied and investigated.