World stocks tumble after Britain votes to leave the EU 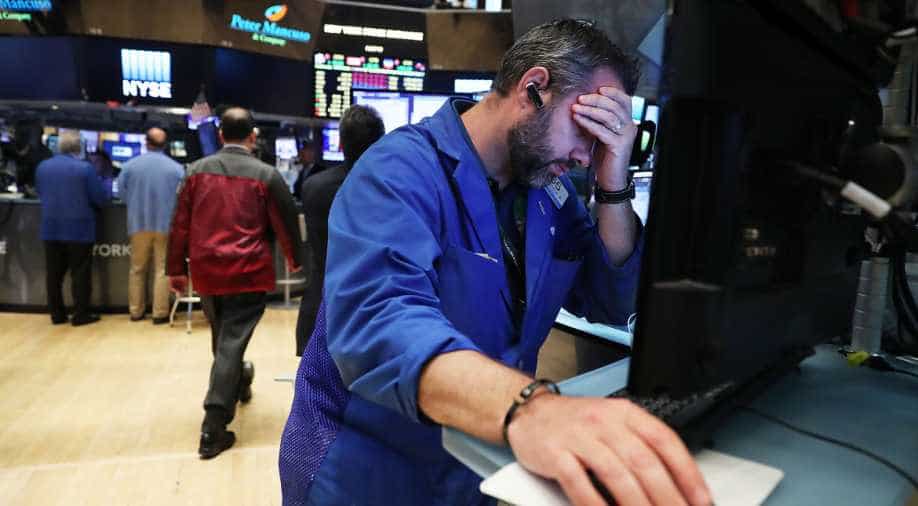 Britain's big banks took a $100 billion battering, with Lloyds, Barclays and RBS plunging as much as 30 per cent, although they cut those losses in half later in the day. Photograph:( Getty )

Follow Us
Global stock markets lost about $2 trillion in value on Friday after Britain voted to leave the European Union, while sterling suffered a record one-day plunge to a 31-year low and money poured into safe-haven gold and government bonds.

The blow to investor confidence and the uncertainty the vote has sparked could keep the Federal Reserve from raising interest rates as planned this year, and even spark a new round of emergency policy easing from major central banks.

The move blindsided investors, who had expected Britain to vote to stay in the EU, and sparked sharp repricing across asset classes. Mainland European equity markets took the brunt of selling as investors feared the vote could destabilise the 28-member bloc by prompting more referendums.

The traditional safe-harbor assets of top-rated government debt, the Japanese yen and gold all jumped. Spot gold rose over 4 per cent and the yield on the benchmark 10-year US Treasury note fell to a low of 1.406 per cent, last seen in 2012, but climbed higher in afternoon trading.

Stocks tumbled in Europe. Frankfurt and Paris each fell 7 per cent to 8 per cent. Italian and Spanish markets posted their sharpest one-day drops ever, falling more than 12 per cent led by a dive in European bank stocks. Italy's Unicredit fell 24 per cent while Spain's Banco Santander fell 20 per cent.

London's FTSE, however, dropped 3.2 per cent, with some investors speculating that the plunge in sterling could benefit Britain's economy.

"Big institutional customers saw this morning's event as a much more longer-term opportunity. So names that were really dislocated found plenty of bids, plenty of support," said Ken Polcari, director of the NYSE floor division at O’Neil Securities in New York.

Still, Britain's big banks took a $100 billion battering, with Lloyds, Barclays and RBS plunging as much as 30 per cent, although they cut those losses in half later in the day.

Stocks on Wall Street traded down around 3 per cent, with the Dow Jones industrial average dropping as much as 544 points.

Voting results showed a 51.9/48.1 per cent split for leaving, setting the UK on an uncertain path and dealing the largest setback to European efforts to forge greater unity since World War Two.

The British pound dived by 18 US cents at one point, easily the biggest fall in living memory, to its lowest since 1985. The euro slid 3 per cent to $1.1050 as investors feared for its very future.

The Bank of England, European Central Bank and the People's Bank of China all said they were ready to provide liquidity if needed to ensure global market stability.


Shockwaves
The shockwaves affected all asset classes and regions.

Emerging market currencies across Asia and eastern Europe and South Africa's rand all buckled on fears that investors could pull out. Poland's zloty slumped 4 per cent.

MSCI's broadest index of Asia-Pacific shares outside Japan slid almost 3.3 per cent. Tokyo's Nikkei saw its worst fall since 2011, down 7.9 per cent.

Investors stampeded into low-risk sovereign bonds, with US 10-year notes gained around 1.5 points in price to yield 1.570 per cent. Earlier, the yield dipped to 1.406 per cent.

The rally even extended to UK bonds, despite a warning from ratings agency Standard & Poor's that it was likely to downgrade Britain's triple-A credit rating if it left the EU. Yields on benchmark 10-year gilts fell 27 basis points to 1.096 pct.

Across the Atlantic, investors were pricing in less chance of another hike in US interest rates given the Federal Reserve had cited a British exit from the EU as one reason to be cautious on tightening.

"A July (hike) is definitely off the table," said Mike Baele, managing director with the private client reserve group at US Bank in Portland, Oregon.

Fed funds futures were even toying with the chance that the next move could be a cut in US rates.

Oil prices slumped by more than 4 per cent amid fears of a broader economic slowdown that could reduce demand. US crude shed $2.36 to $47.77 a barrel while Brent fell 4.7 per cent to $48.50 before.

Industrial metal copper sank 2.1 per cent but gold galloped nearly 5 per cent higher thanks to its perceived safe haven status.