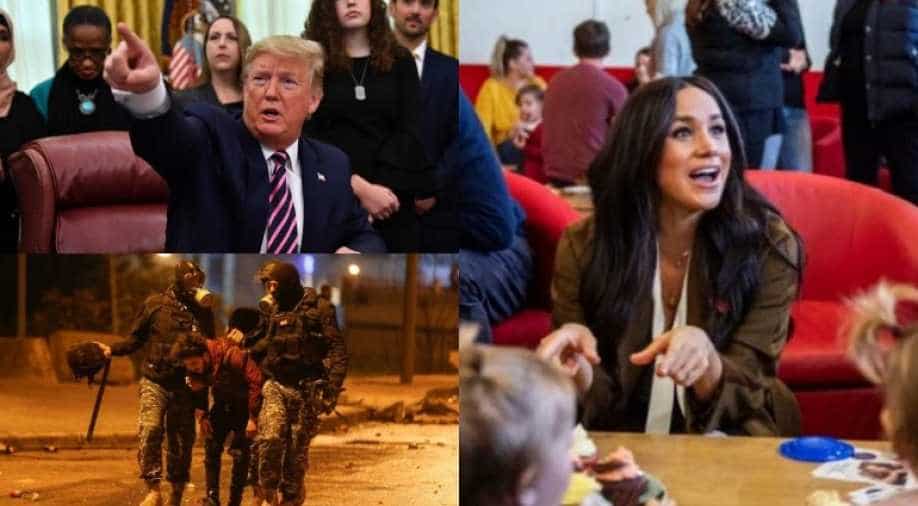 Here's a list of major world news of January 19.

More than 80 Yemeni soldiers were killed in missile and drone attack blamed on Huthi rebels in Yemen on Sunday. In another important development, US Donald Trump's legal team rejected impeachment charges and described the efforts as a ''dangerous attack'' on Americans and their intrinsic right to vote.

So, here's a list of major world news of January 19.

1. Yemen: Over 80 killed in missile attack, bloodiest since beginning of war

Over 80 Yemeni soldiers were killed and several wounded in missile and drone attack blamed on Huthi rebels in central Yemen, sources said on Sunday. Read more

Trump was recently impeached on account of two articles: ''abuse of power'' and the ''obstruction of Congress'', which was approved by the Democratic-led House last year. Read more

Lebanese rescuers treated more than 300 people for injuries during hours of clashes between security forces and protesters that rocked central Beirut on Saturday night. Read more

7. US Space Force unveils camouflage uniform, gets trolled on Twitter

Elon Musk's SpaceX will try again on Sunday to destroy one of its own rockets in a test of a crucial emergency abort system, a day after bad weather forced the company to delay its final milestone test before flying NASA astronauts from U.S. soil. Read more

Over 200 people have been rescued from Mount Everest and Annapurna in Nepal on Saturday, a day after an avalanche hit a section on Annapurna circuit trekking route, Department of Tourism said. Read more