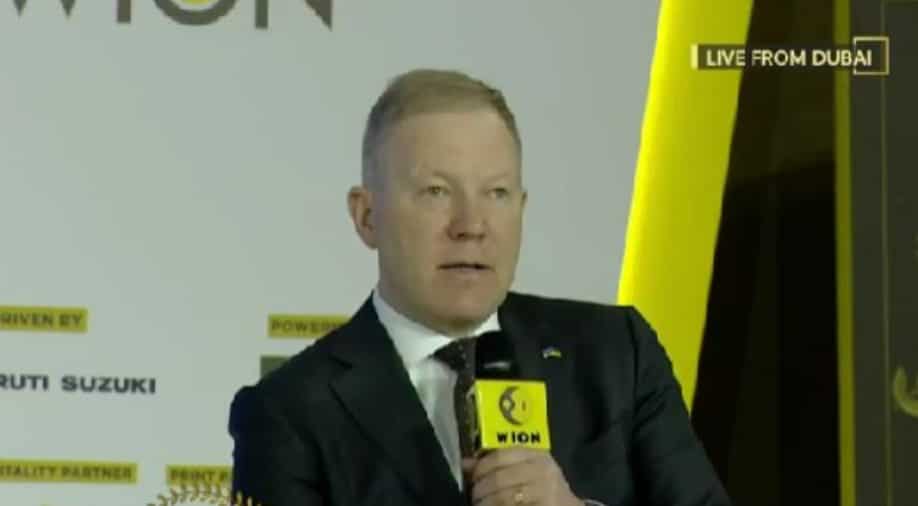 In this picture, the chairman foreign affairs committee of the Parliament Of Estonia, Marko Mihkelson can be seen addressing the WION Global Summit 2022 in Dubai. Photograph:( WION )

Addressing WION Global Summit 2022, Mihkelson said all countries across the globe need to understand that war against Ukraine means war against the world order

Marko Mihkelson, the chairman of the Foreign Affairs Committee in the Parliament Of Estonia, said that the winner of the war ongoing in Ukraine will be peace.

According to Mihkelson, the end of the Soviet Union did not mean the end of Russia's imperialism.

Addressing WION Global Summit 2022, Mihkelson said all countries across the globe need to understand that war against Ukraine means war against the world order.

Giving the example of Finland and Sweden, he said it has become important for countries in Europe to join NATO to combat Russian aggression.

''NATO can't expand or force people to join the defence alliance,'' he added.

NATO and the United States said they were confident both countries would be accepted into the alliance and that reservations from Turkey, which wants the Nordic countries to halt support for Kurdish militant groups present on their territory, could be overcome.

"The peace will win this war"

Highlighting that there is no good or bad war, Mihkelson said that war machines getting money and resources must be punished to end conflicts as soon as possible.

Preventing wars is more important and sanctions are the last resort according to Mihkelson.