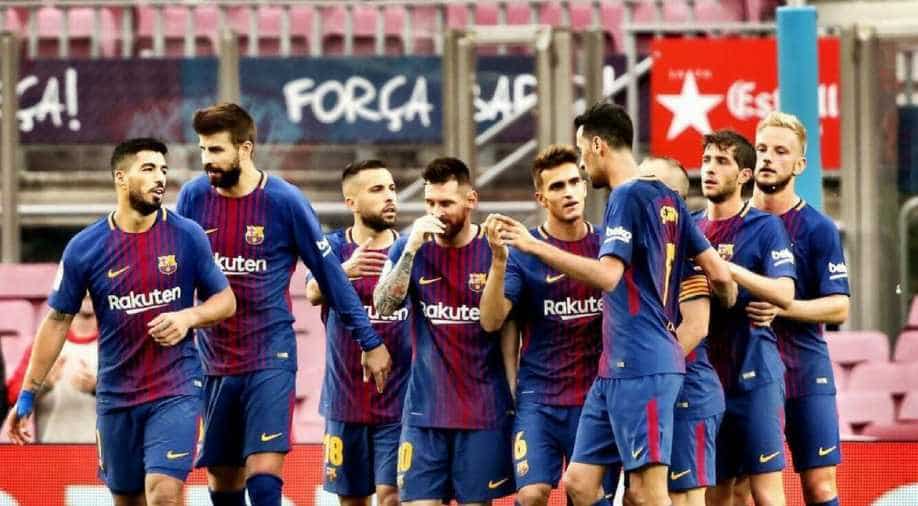 Catalonia with the population of 7.5 million and history of over 1000 years old has voted in favour of its exit from Spain. More than 90 per cent population has voted for independence. After a long struggle, finally, they won the right to statehood and is all set to emerge as an independent nation.

Catalans have everything they need to flourish as an independent nation. A state which has its own police and parliament, amazing infrastructure and rich as well as varied heritage. Almost everything that is necessary for a country to get along with other developing nation.

The diversified and dynamic economy has contributed 18.9 per cent of Spain's GDP. Catalonia's economic trend for 2017  is 2.7 per cent. Rich in natural resources, it's 1000 years old history and remarkable culture makes it different from rest of the Spain. Language, wine, food, festival, football has the unique association with Catalonia.

But, when it comes to football, Catalonia may suffer a lot after its separation from Spain. Likewise whole Europe, Catalans also has undying madness for football. FC Barcelona holds a very important place in Spanish football leagues. Laliga, the most important of the Spanish league, will be incomplete without FC Barcelona.

After the separation of Catalonia from Spain, the club may shut down.

Many Barcelona players came forward in support of Catalon independence. Catalonian defender Gerard Pique, who also plays for the National Football team of Spain, has voted in favour of the referendum and posted in the social forum. He twitted, "I already voted. Together we are unstoppable defending democracy". He promotes Catalan independence and said very clearly that he may leave Spanish football team if it is necessary.

La Liga president Javier Tebas, who himself is a Real Madrid follower, accentuated that football clubs of the Catalonian region would not be able to continue in case of independence. Barcelona playing in the Spanish Leagues would not violate any law but Tebas' comments are not in Barca's favour.

There are other football teams, such as Dinamo Tbilisi and Red Star Belgrade who lost their identity after the respective countries got independence.

But speculations show and also indicated by club's president Josep Maria Bartomeu, "Barcelona may leave La Liga if Catalonia gains independence", it may move to English Premier Leauge and flourish its football career. There are living examples of such teams, such as Monaco which plays in the French league and there are Welsh teams participating in English league.

Amid this chaos, FCB's captain, Andres Iniesta signed a lifetime contract with FC Barcelona despite being from Fuentealbilla, Albacete. He said, "I am a Spanish but also feel for Catalans".

FC Barcelona's exit from Laliga would be a huge impact on Spanish football system. FC Barcelona club's value calculated in June 2017 was $3635 million, whereas, the revenue generated from the club is around $688 million.