Wildfire smoke from US crosses the Atlantic Ocean; seen in parts of Finland, UK 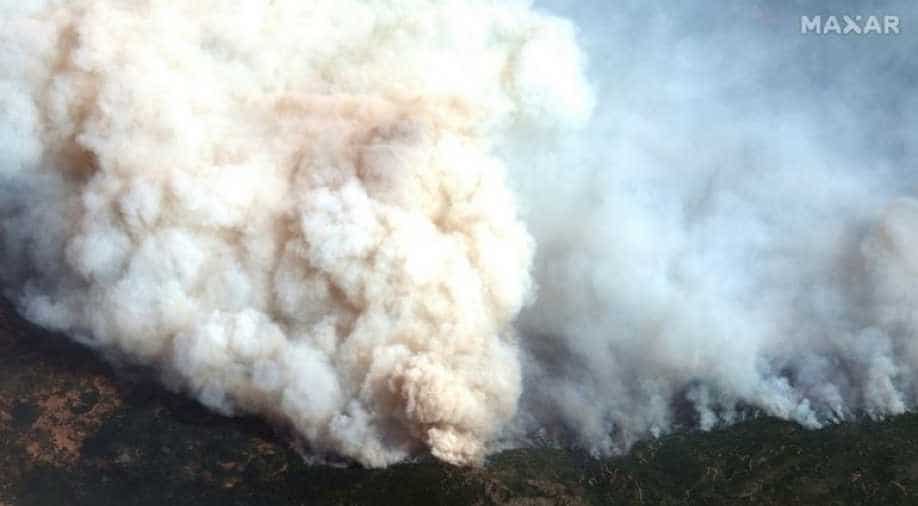 This handout satellite image taken and released by Maxar Technologies on September 14, 2020 shows the August Complex wildfire, burning to the west of Chico, California, to the north of Big Signal Peak Photograph:( AFP )

According to the World Meteorological Organization, the impact of American fires is now being felt across the Atlantic Ocean, going as far as Finland

A raging pandemic along side apparent changes in climate may sound like a deadly combo, but it’s our contemporary reality.

While wildfires ravaged parts of Oregon, California, and Washington in the United States, its effects are now being felt across the pond. The wildfires in the US have worsened air quality and evacuated thousands of people.

According to the World Meteorological Organization, the impact of these fires is now being felt across the Atlantic Ocean, ranging as far as Finland.

On Monday, the organisation shared a map showing particulate matter from the wildfires eclipsing the southern areas of Norway, Sweden, and Finland, along with some parts of the United Kingdom.

Even though the particulate matter may not be felt by people on the ground, its gradual impact on the air quality will be evident.

NASA had shown projections last week about particulate matter from the wildfire smoke affecting almost every state in the US.

San Francisco, Seattle, and Portland witnessed improvement in air quality in recent days, with weather patterns flushing the wildfire smoke to the east.

Earlier, millions were exposed to unhealthy air after fires fuelled by lightning wreaked havoc in August. The damage was doubled due to the fires that followed in Washington and Oregon.

California’s “Bobcat Fire” is currently the most active fire scene in the US. It has toasted 165 square miles. This makes it one the largest fires ever in Los Angeles County.

Just this year alone, California has witnessed some of its largest wildfires ever!