Why is Hillary Clinton so unpopular? 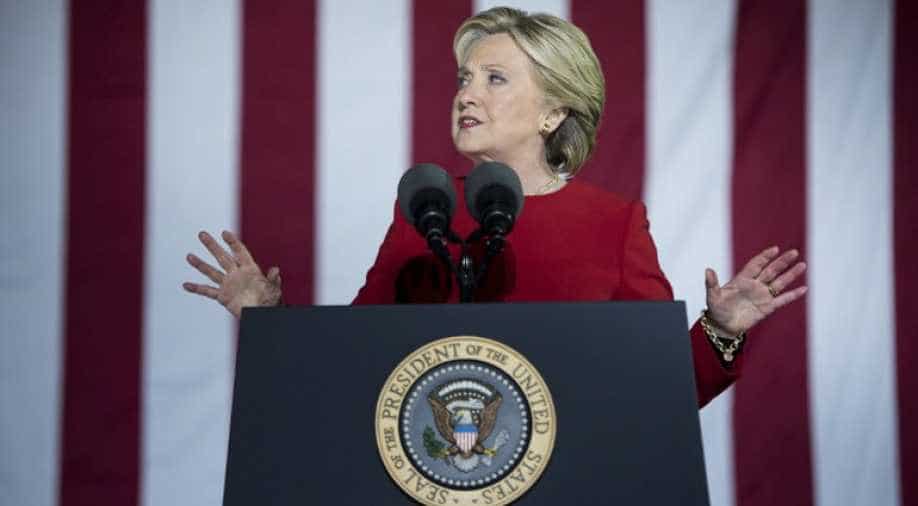 Other candidates have committed blunders, been mired in scandal, held lengthy tenures, lied and changed views for political expediency, but rarely has an American politician been so reviled by so many, even within her own party. Photograph:( AFP )

Ryan Lochte is to Michael Phelps in swimming what Hillary Clinton is to Donald Trump in polarising Americans. No major party nominee save for Trump has had such strong negative opinions since opinion polling began.

While the cause for voters’ distaste for the Republican nominee is clear, the strong degree of displeasure with secretary Clinton seems more elusive. Other candidates have committed blunders, been mired in scandal, held lengthy tenures, lied and changed views for political expediency, but rarely has an American politician been so reviled by so many, even within her own party. What is so different for Hillary Clinton?

First, the usual suspects: the Benghazi incident, regardless of her level of involvement, recklessness in using her email server, voting for the 2003 invasion of Iraq, achieving power because of her husband—disregarding her own accomplishments—and staying with her husband, for which she has been accused of everything from Machiavellian calculus to anti-feminism to Stockholm syndrome. There are the Wall Street speech fees and the Clinton Foundation donations, especially by foreign nationals, her biased judgment favoring rich donors, the accusations that she is either too liberal or too conservative, her being a woman and, finally, that she has been in politics too long and it is time for a change.

Each reason may put off some voters, and taken together they partly explain the polarization on display in the polls, but this is not the whole story. Many of these criticisms are not new and as recently as 2013 her approval rating was 67% and her negatives were as low as 26%—comparable to Barack Obama’s in 2008, according to The Washington Post/ABC poll.

There is one cause the media has largely ignored: her perceived inevitability in 2016. The early decision by party leaders to rally behind a candidate long before the first vote was cast in the Iowa caucus has made voters see her as chosen not by them, but by élites in smoke-filled rooms.

Frustrated leftists tried to rally around Bernie Sanders, an independent who surprised with his performance but never rose beyond a minority protest against the organized and disciplined Clinton campaign, even after a nigh-miraculous upset in the Michigan primary.

Centrist Democrats who would have preferred a more conservative choice also felt excluded from the process. Consider one demographic supporting Sanders: poor whites, including lifelong Democrats, in the heart of coal country, felt betrayed by the Obama administration’s aggressive approach to environmental regulation and saw Clinton as a continuation of his current policies, and thus voted for a left-wing candidate they might otherwise have never considered.

First, internal party conflict and then a “circular firing squad” of 17 Republican candidates allowing the rise of Trump have left many conservative Democrats and swing-voters without a viable alternative, choosing the lesser of two undesirables. A less divisive Republican nominee or a stronger opponent in the primaries would have made more Americans think of her as their choice rather than the establishment’s next-in-line. Would people be as anti-Hillary had she beaten Joe Biden in the primaries and been leading Bobby Jindal in the general election?

Add Obama’s popularity and anyone unhappy about electing Obama 2.0 can easily feel disenfranchised, particularly after Senator Sanders struggled to implicitly criticize the Obama administration and the Republican Party failed to rally around an alternative. In a world of Yelp reviews, reality-TV voting and instant social media feedback, voters have come to expect a feeling of empowerment. Factor in the echo-chamber effect of the blogosphere and Google and Facebook algorithms, and a Republican or a Sanders supporter may wonder how anyone could vote for Hillary at all.

Democracy is now more than ever about a feeling of empowerment, and many voters who think of her as an heir who has not earned their votes will fear she is not beholden to them, but to other identity groups, donors or party élites.

Fair Observer - World News, Politics, Economics, Business and CultureFair Observer provides you deep and diverse insights for free. Remember that we still have to pay for servers, website maintenance and much more. So, donate now to keep us free, fair and independent.

Anti-Hillary is not only about Hillary or her policies: They may well be good reasons, but not the primary ones. It is about the system she represents. While she will probably be the next president, if the perception Trump is promoting of conniving insiders subverting democratic institutions takes root and dominates political discourse, she will enter office with little political capital.

As a result, America will only become more splintered among political, regional and ethnic factions. In an era when the US is more polarized than ever, the risk of paralysed institutions and a weaker republic after the election is a real one.

(This story first appeared on FairObserver.com)