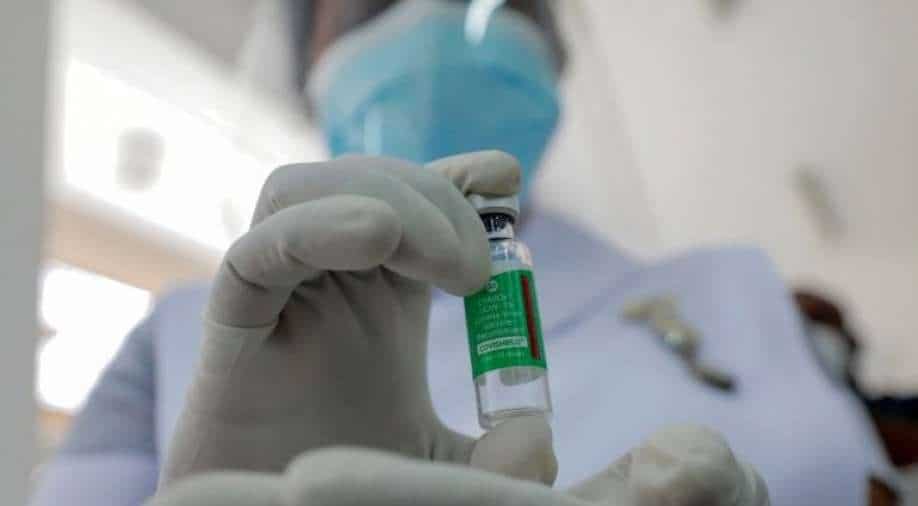 A Health official shows a bottle with a dose of the AstraZeneca's COVID-19 vaccine manufactured by the Serum Institute of India Photograph:( Reuters )

Four out of five of the Oxford-AstraZeneca vaccine doses that have been delivered to the EU countries are yet to be used.

While the world fears vaccine inequity could slow down the global rollout of COVID-19 vaccines, wealthy countries are politicising and wasting vaccines.

According to The Guardian, four out of five of the Oxford-AstraZeneca vaccine doses that have been delivered to the EU countries are yet to be used.

What explains this?
European countries have used 80 per cent of their available Pfizer jabs. Then why are they wasting the AstraZeneca ones? In January, French President Emmanuel Macron said the Oxford-AstraZeneca vaccine was "quasi-ineffective'' for older age groups. Germany, France, and Poland are not using Astazeneca vaccines for those above 65 years of age citing the lack of clinical trial data on the elderly.

The EU has approved the vaccine for all age groups. But national regulators are restricting the jabs to those below 65. In Germany, there is a call for updating the guidelines but there is also ample misinformation. In January, a German daily published a report which said the AstraZeneca vaccine maybe only 8 per cent effective among those over the age of 65.

AstraZeneca called the report "completely incorrect'', and it was already denied by the German health ministry, saying that 8 per cent was the number of people in the study between the age of 56 and 69. Fewer than 10 per cent of the volunteers in the trials were in this age group, but results so far have been positive.

Reports say the jab is cutting the chance of people aged 80 and over from contracting coronavirus by 80 per cent just a few weeks after the first dose.

Why are European countries not administering the dose to their elderly?
France recently changed its mind after its Health Minister Olivier Veron said that the jabs would now be made available to those aged between 65-75 with serious health risks.

Europe was supposed to receive 80 million doses of the AstraZeneca vaccine by the end of March. In January, AstraZeneca said it may only be able to deliver around 31 million doses - 60 per cent less than the agreed amount. While AstraZeneca was citing producing issues at a Belgium factory, European Union called it a breach of contract.