WHO raises Euro 2020 monitoring issue amid virus surge in Europe 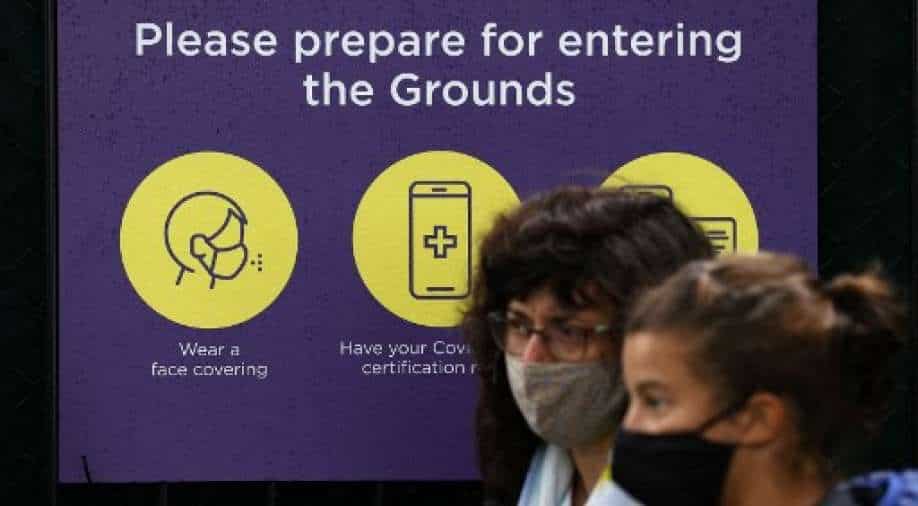 People wearing a face covering to combat the spread of coronavirus, queue to enter the grounds ahead of play on the first day of the 2021 Wimbledon Championships at The All England Tennis Club in Wimbledon, Photograph:( AFP )

COVID-19 cases have been on the rise in London and Saint Petersburg in Russia which are both high profile venues of Euro 2020.

As Europe witnesses a surge in coronavirus cases, the World Health Organization (WHO) said today that Euro 2020 football matches need to be better monitored with several thousand spectators attending the games.

"We need to look much beyond just the stadia themselves," WHO's Catherine Smallwood said emphasising that authorities need to closely look at spectators when they arrive and leave the stadium.

COVID-19 cases have been on the rise in London and Saint Petersburg in Russia which are both high profile venues of Euro 2020.

London's Wembley Stadium is due to host the semi-finals and final of the tournament next week with St Petersberg set to host Switzerland vs Spain quarterfinal clash on Friday.

Russia has been experiencing a surge in virus cases with Saint Petersburg hit hard with the virus.

WHO's regional director for Europe Hans Kluge did not exclude the Euro 202O as a superspreader event, saying: "I hope not... but this can't be excluded."

"What we need to look at is around the stadia. How are people getting there? Are they travelling in large crowded convoys of buses? Are they taking individual measures when they are doing that?," Catherine Smallwood said.

Hans Kluge informed that that virus cases in Europe were on the rise once again after declining for two months as the continent battles the Delta variant.

Kluge added that the Delta variant has become the dominant strain in Europe while expressing doubts over the pace of vaccine rollout.

WHO's regional director said vaccines need to cover at least 80 per cent of the population however just 24 per cent of the region has been covered so far with the elderly and health workers still largely unprotected even as the virus spreads.