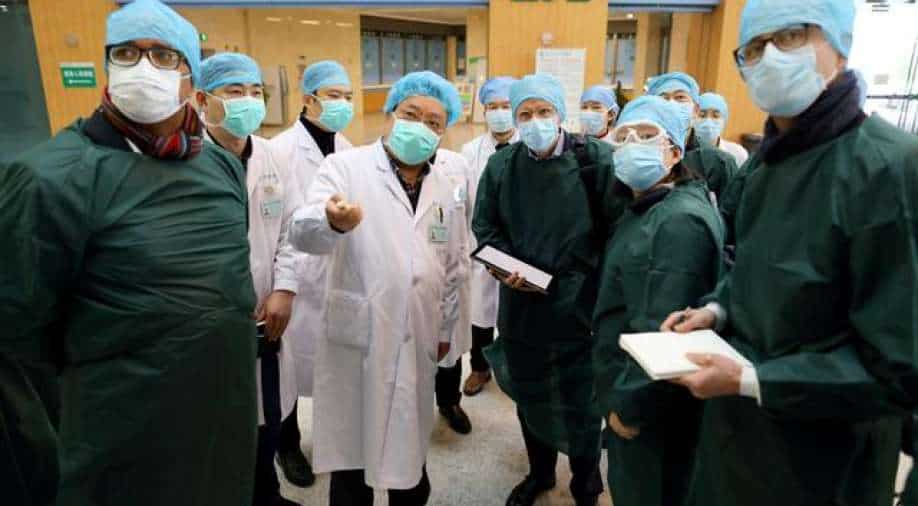 Experts from the WHO and China Photograph:( Reuters )

The independent team has already visited key hospitals, the regional disease control centre and the city`s Huanan seafood market, where the first cluster of infections was believed to have originated late in 2019.

A team of investigators led by the World Health Organization (WHO) arrived on Tuesday at an animal health facility in China`s central city of Wuhan in the search for clues about the origins of the COVID-19 pandemic.

The independent team has already visited key hospitals, the regional disease control centre and the city`s Huanan seafood market, where the first cluster of infections was believed to have originated late in 2019.

The centre in the province of Hubei, which fights epidemic diseases in animals, could provide information on how a coronavirus endemic in horseshoe bats in southwest China might have crossed into humans, possibly via an intermediary species.

Studies suggest the virus could have been transferred from mink or pangolins, but there has also been speculation that traders dealing in bat products could have carried the disease for months before it began to spread in Wuhan.

Though most researchers say the disease is most likely to have originated in China`s disturbed ecosystems, some believe it could have leaked from the Wuhan Institute of Virology, which has researched bat viruses.

The WHO team is expected to visit the institute later this week.

On Monday, the WHO`s top emergency official, Mike Ryan, said the investigation might not find all the answers to the origins of COVID-19, calling the mission a "detective story" that raises new questions.

He also criticised those who have said they would not accept the team`s findings.