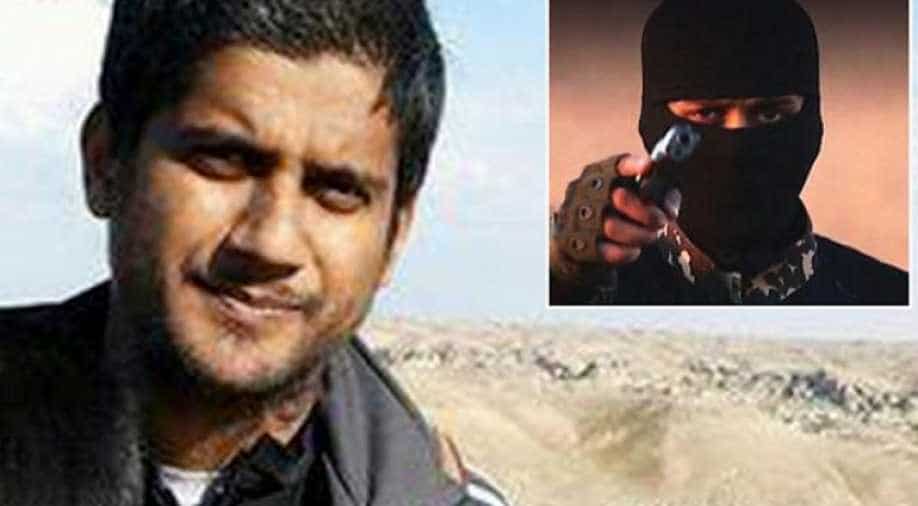 The US has designated Dhar a 'global terrorist'. Photograph:( Zee News Network )

The US State Department has designated two ISIS members, Siddhartha Dhar and Abdelatif Gaini, as Specially Designated Global Terrorists under Section 1(b) of Executive Order which also imposes sanctions on foreign persons determined to have committed or pose a significant risk of committing acts of terrorism that threaten the security of US nationals, the national security, foreign policy, or economy of the US.

Here is everything you want to know about the new "New Jihadi John."

'New Jihadi John,' Siddhartha Dhar is a British Hindu who converted to Islam and changed his name to Abu Rumayash.

Dhar was born in London to a Bengali Family.

Siddhartha Dhar was working as a spokesperson for Islamist group Al-Muhajiroun, an outfit banned in London.

Dhar also owned a bouncy castle rental company, all his property which now has been frozen.

In a video posted on his YouTube, Dhar has called the Islamic State of Iraq and the Levant "a dream for all Muslims worldwide."

Dhar was under investigation by British authorities for allegedly encouraging terrorism but he was released on bail, after which he was disappeared.

During an interview with BBC's Sunday Morning Live, Dhar had said he doesn't identify himself with British values, 'I am Muslim first, second and last, he added.'

Dhar is married to a girl named Aisha, and four children with whom he arrived in Syria in 2014 and now believed to be living in the Raqqa city of Syria.

He appeared in the Channel 4 documentary 'The Jihadis Next Door.'

Dhar is believed to have replaced ISIS executioner Mohammad Emwazi after he killed in drone strike in 2015.

Dhar has also been suspected to be a masked leader in a January 2016 ISIS video showing the execution of several prisoners, accused of spying for the UK.

Media reports quote a Yazidi teenager held for a sex slave by ISIS in May 2016 that she was kidnapped and trafficked by Siddhartha Dhar.