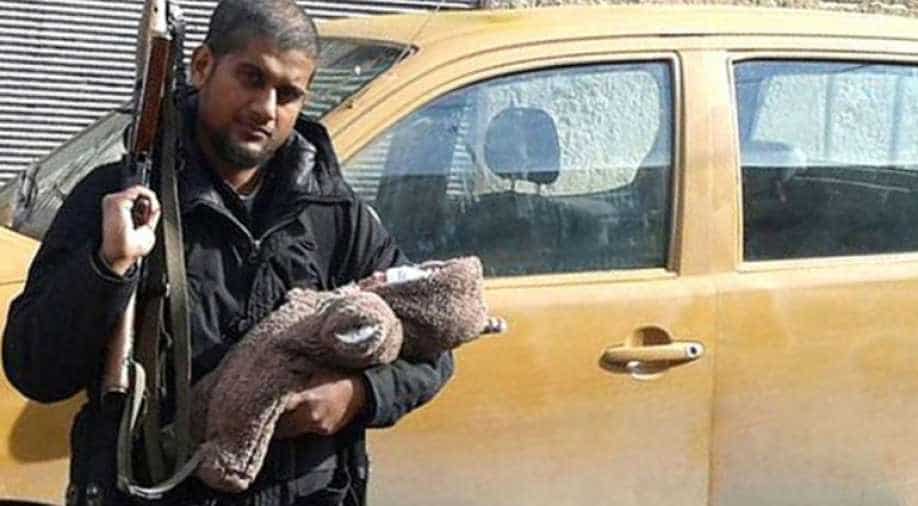 Nihad Barakat, a Yazidi teenager held as a sex slave by ISIS, was quoted as saying by the Independent in May 2016 that she was kidnapped and trafficked by Siddhartha Dhar, who was based in Mosul, the group's former stronghold in Iraq. Photograph:( Zee News Network )

The US today designated Indian-origin ISIS terrorist from Britain Siddhartha Dhar along with a Belgian-Moroccan citizen as global terrorists and imposed sanctions on them, the State Department said.

Siddhartha Dhar, a British Hindu who converted to Islam and now goes by the name Abu Rumaysah, had skipped police bail in the UK to travel to Syria with his wife and young children in 2014.

Nihad Barakat, a Yazidi teenager held as a sex slave by ISIS, was quoted as saying by the Independent in May 2016 that she was kidnapped and trafficked by Siddhartha Dhar, who was based in Mosul, the group's former stronghold in Iraq.

Siddhartha Dhar was dubbed as the "New Jihadi John" and became a senior commander of the dreaded outfit, the report had said.

The State Department has designated two ISIS members, Siddhartha Dhar and Abdelatif Gaini, as Specially Designated Global Terrorists under Section 1(b) of Executive Order which also imposes sanctions on foreign persons determined to have committed, or pose a significant risk of committing, acts of terrorism that threaten the security of US nationals or the national security, foreign policy, or economy of the US, a state department spokesperson said in a statement.

These designations seek to deny Siddhartha Dhar and Abdelatif Gaini the resources they need to plan and carry out further terrorist attacks, it said.

Among other consequences, all of Siddhartha Dhar's and Abdelatif Gaini's property and interests in property subject to US jurisdiction are blocked, and US persons are generally prohibited from engaging in any transactions with them, it said.

Siddhartha Dhar was a leading member of now-defunct terrorist organisation Al-Muhajiroun. In late 2014, Siddhartha Dhar left the United Kingdom to travel to Syria to join ISIS, it said.

He is considered to have replaced ISIS executioner Mohammad Emwazi, also known as "Jihadi John", it said.

Siddhartha Dhar is believed to be the masked leader who appeared in a January 2016 ISIS video of the execution of several prisoners ISIS accused of spying for the UK, the statement said.

Abdelatif Gaini is a Belgian-Moroccan citizen believed to be fighting for ISIS in the Middle East. Abdelatif Gaini is connected to UK-based ISIS sympathizers Mohamad Ali Ahmed and Humza Ali, who were convicted in the UK in 2016 of terrorism offenses, it said.

Today's action notifies the US public and the international community that Siddhartha Dhar and Abdelatif Gaini have committed or pose a significant risk of committing acts of terrorism, it said.

Terrorism designations expose and isolate organizations and individuals, and deny them access to the US financial system. Moreover, designations can assist the law enforcement activities of US agencies and other governments, it said.