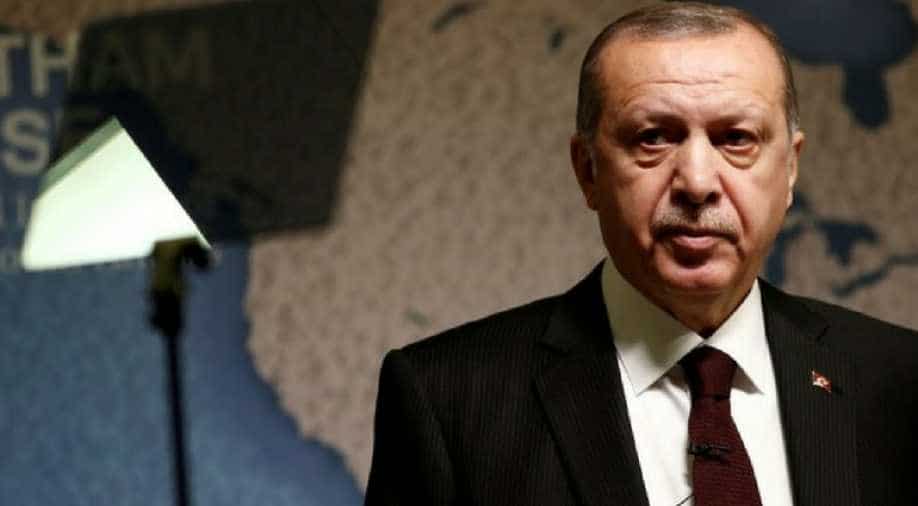 Erdogan, in a statement made on Tuesday, also demanded to know where the Saudi Arabian journalist and dissident's corpse was.

Khashoggi, a columnist for the Washington Times and a critic of the Saudi regime, was killed on October 2 inside the Saudi consulate in Istanbul, Turkey.

The Saudis denied the murder for two weeks, before finally confessing to it — they first said he died during a brawl at the consulate, then attributed his death to a chokehold — and saying it was a "terrible mistake".

News reports since have said Khashoggi was killed by a 15-man Saudi hit squad that was flown into Istanbul specifically for the job. The reports added that Khashoggi was tortured — his nails were pulled out — and that his body was then dismembered and disposed of.

Saudi Arabia has said they do not know where Khashoggi's corpse is.

The news reports added that the Saudis used a body double to throw people off the scent and make it look like Khashoggi had actually left the Saudi consulate on October 2.

What makes the crime especially tricky is that Saudi Arabian Crown Prince Mohammad bin Salman has been accused of having ordered the murder.

On Tuesday, Erdogan said he was confident of Saudi King Salman bin Abdulaziz's cooperation in the investigation into Khashoggi's murder. But he also called for an independent commission into the killing.

He also demanded that the 18 people Istanbul suspects of being guilty of the crime be extradited to Turkey and be tried there.

Erdogan, in his speech, said Khashoggi's murder had been "planned" days in advance and that the Saudi consulate's surveillance system was deactivated on purpose before Khashoggi was killed.