White supremacist propaganda in US hit record in 2020, group says 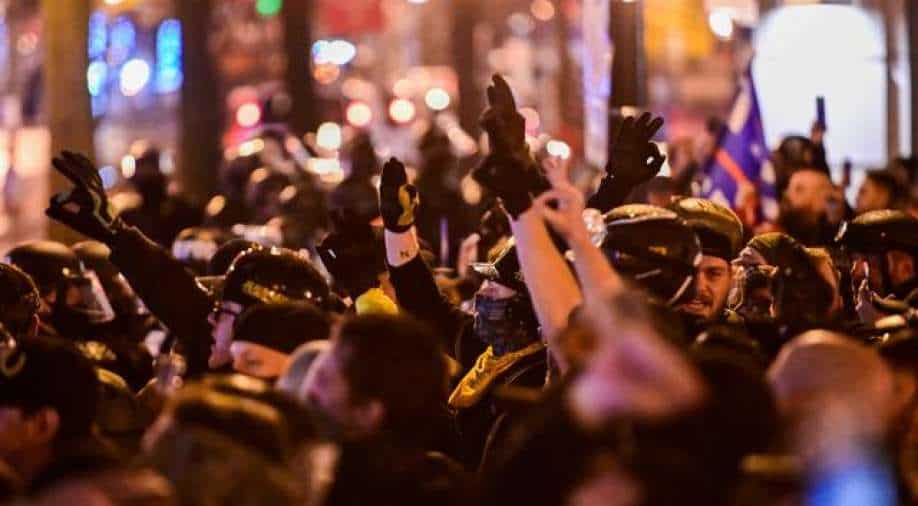 Critics say this white supremacism got a boost from US President Donald Trump’s recently-ended presidency though he denied racism and said he was smeared by political opponents.

White supremacist propaganda in the United States, including racist, anti-Semitic and anti-LGBTQ messages, nearly doubled last year to a record level, according to a report in the Anti-Defamation League.

The ADL said in a report on its website that supremacist propaganda appeared in every US state except Hawaii last year, with the highest levels of activity in Texas, Washington, California, New Jersey, New York, Massachusetts, Virginia and Pennsylvania.

“The barrage of propaganda, which overwhelmingly features veiled white supremacist language with a patriotic slant, is an effort to normalize white supremacists’ message and bolster recruitment efforts while targeting minority groups including Jews, Blacks, Muslims, non-white immigrants, and the LGBTQ community,” the report said.

Critics say this white supremacism got a boost from US President Donald Trump’s recently-ended presidency though he denied racism and said he was smeared by political opponents.

The New York-based advocacy group’s data showed 5,125 cases were reported in 2020, compared to 2,724 in 2019 -- even though incidents on college campuses dropped by more than half, possibly due to COVID-19 restrictions.

Trump's successor, President Joe Biden, has on his part, ordered an assessment of the risk of domestic terrorism in the wake of the January 6 attack on the US Capitol by Trump supporters, some of whom displayed supremacist symbols.

United Nations Secretary-General Antonio Guterres warned last month that white supremacy and neo-Nazi movements were becoming a “transnational threat” and had exploited the coronavirus pandemic to boost their support.