What next for Brexit? Four main scenarios 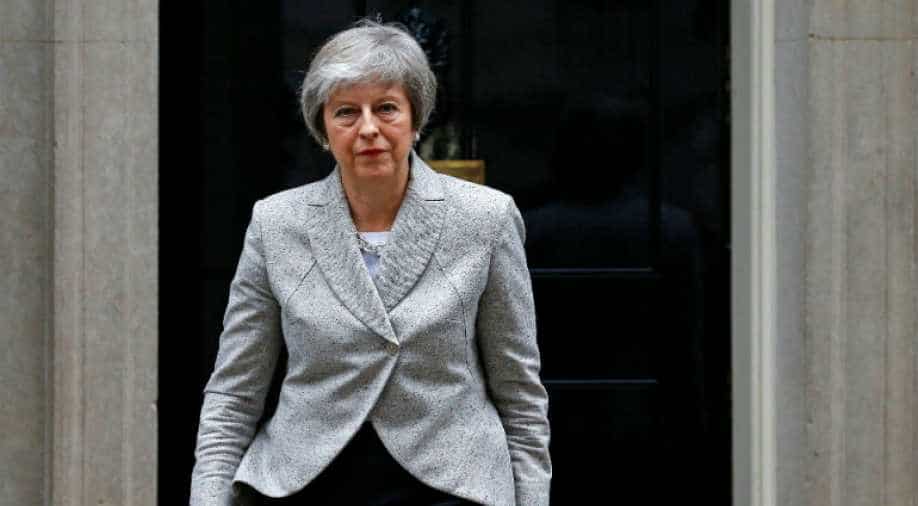 EU leaders have rebuffed UK PM Theresa May's attempts to tweak the Brexit deal she struck with them.

British Prime Minister Theresa May faces a dwindling number of options over Brexit after EU leaders at a summit last week rebuffed her attempts to tweak a Brexit deal she struck with them.

Here are the four main scenarios facing Britain while the clock ticks down to March 29, 2019, the day it is scheduled to depart the European project after 46 years:

This is the Brexit that the British government and EU leaders want and one which the British parliament refuses to accept.

The deal has been rejected from opposing wings of parliament for either keeping Britain tied too closely or remotely to the European Union.

May aborted a vote on the deal set for last week because of its certain defeat.

Brexit backers in her party then plotted an ultimately unsuccessful coup that saw more than a third back a motion to force May out.

May promised them she would wring concessions from Brussels but apparently failed to do so at a summit last week.

May's government intends to reintroduce the very same draft for a vote sometime between January 7 and January 21.

It will hope that fear of the chaos that a no-deal exit might bring will force lawmakers to put aside their reservations.

This is billed as the doomsday scenario that threatens to trigger a recession in Britain and markedly slow the European Union's economic growth.

It is the default option if the British parliament votes against the deal and there are no other solutions.

May's agreement was meant to keep trade rules between the world's fifth-biggest economy and largest single market almost unchanged for a transition period running through the end of 2020.

A sudden shift to different standards would impact almost every economic sector and possibly see the costs of everyday products in Britain soar.

Both sides have been forced to ramp up their preparations for a disorderly Brexit over the past few weeks.

EU supporters have been calling for another vote ever since the first one backed Leave by a 52-48 margin in June 2016.

There is no law keeping Britain from doing it all over again, but many questions whether this would be democratic and why a second attempt should take precedence over the first.

It also threatens to be just as divisive with opinion polls showing the country still split over the issue.

Calls for another vote have ramped up over the last few months, with former prime minister Tony Blair on Sunday saying "what seemed a few months ago unlikely is now I would say above a 50 per cent likelihood."

Proponents argue that the Brexit people were promised looks nothing like the deal on offer and that Britons never backed a no-deal scenario.

Some members of May's cabinet are reported to be pushing for a second vote, but the prime minister is against the move, warning it "would do irreparable damage to the integrity of our politics."

It is also unclear what options to give people in a second ballot and what happens if Brexit wins again.

Another possibility that has come to the fore in recent days is for several non-binding votes to be held in parliament on different Brexit options to effectively determine the government's strategy.

The first would be on May's deal but others could include a no-deal Brexit, a second referendum or a "Norway deal" that would keep Britain much more closely anchored to the European single market and allow unfettered immigration.

Business secretary Greg Clark appeared to hint at this on Monday, telling BBC radio that parliament should be "invited to say what it would agree with" if it votes against the draft Brexit agreement on the table.

Other cabinet ministers including finance minister Philip Hammond are reportedly in favour of this solution as a democratic way to end the current limbo.