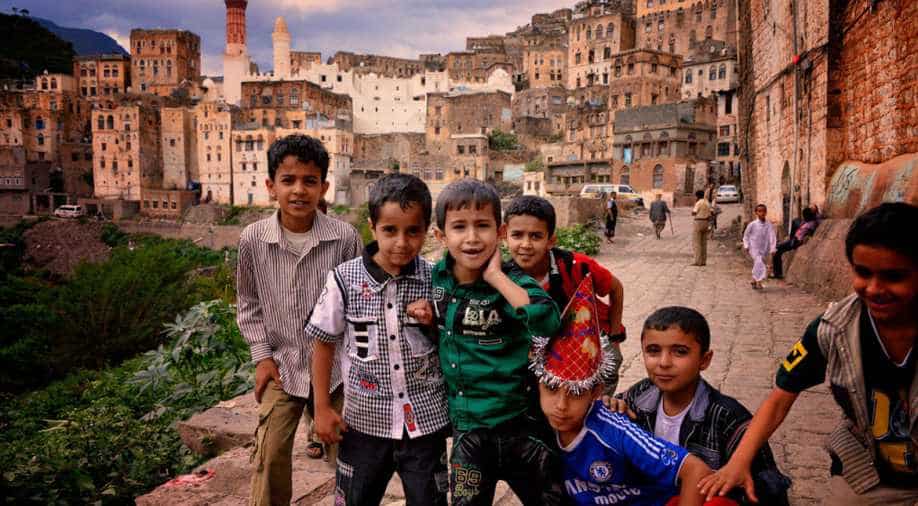 Yemen has become a battleground of Islamic ideologies Photograph:( Others )

As the old saying goes, only once we have hit rock bottom can we rehabilitate ourselves. Usually the preserve of the individual, this saying can also been applied to countries in distress. And perhaps no more so than the complicated Yemen.

Located on the southern tip of the Arabian Peninsula, Yemen is surrounded by wealth, of which it has none, whilst also being situated in a dangerous neighbourhood means Yemen isn’t exactly on the rise right now. The Middle East is locked in a battle for hegemony between a Shia-dominated Iran and a Sunni-ruled Saudi Arabia. Most notably, this battle is being played out in Syria, with the general consensus being that the Saudis are aligned with the losing team.

But Yemen, too, has become an arena for this battle of Islamic ideology. And like Syria, both sides of the wider conflict have stakes involved. For nearly two years, Saudi Arabia has led a coalition of Sunni states against a ragtag Shia rebel group called the Houthis. Though Zaidi Shia, the Houthis took control of the country from the legitimate government of Yemen and are allegedly supported by Iran.

IS YEMEN ON THE BRINK?

Yemen has always been relatively poor in financial terms and slightly out of place in a region associated with oil money. Most importantly, the Saudis have always perceived Yemen as a backwater that they control. Accordingly, even at the suggestion of a threat of an Iranian-backed takeover of the country, the Saudis leaped into action.

However, their success has been limited. The Saudis continue bombing Yemen and the Houthis continue holding most of the country, including the capital Sanaa. In the midst of this political to-and-fro, Yemen’s basic infrastructure has been ravaged and half of the population is now starving to death.

Commentators have long muffled of how Yemen was “on the brink,” crisis after crisis, whether it be Al-Qaeda in the early 2000s or the Arab Spring in 2011. Yet now there is a stark realisation among Yemenis that the country has firmly fallen. There is no longer any talk of a brink, or an edge, or any other idiom that reflects a crucial moment in the downfall of a state

By all accounts, 2016 was a terrible year for Yemen. New lows were reached starting as early as March, and even the country’s central bank finally gave up its peacetime pretense by November. To borrow another overused metaphor, it is fair to say that Yemen is firmly down the rabbit hole.

It is likely that 2017 will prove to be even more of a divisive year. The Saudis appear to be showing no signs of stopping, and it would be a just assessment to say that they are committed to securing Yemen at all costs.

The Houthis and their ally, former strongman President Ali Abdullah Saleh, have little to lose personally for continuing their resistance. Political efforts to negotiate a peaceful settlement under United Nations patronage have failed, meaning that their defeat in the conflict will more than likely signal the end of the road for their political ambitions at the least, and perhaps their continued existence at the worst.

Faced with such circumstances, the Houthis are likely to adopt a fight or die mentality in 2017. This is likely to take hold even more strongly as the rebels and their allies run low in funding and weaponry. Assuming there is merit in the alleged Houthi-Iran alliance—of which little evidence to substantiate it has surfaced—it is unlikely that Tehran will be able to save their brethren. This is because any effort by Tehran will need to overcome significant logistical barriers, as it must try to find a means of transporting arms to Yemen, which is nearly 2,000 km away and subject to a Saudi naval blockade.

However, the Saudis also face challenges. Coalition airstrikes have raised concerns over the breach of international law. These concerns have been heard by their Western sponsors, primarily the United States and Britain. In exchange for a continued supply of arms, Washington and London are now demanding greater accuracy in bombing targets and more transparency in aftermath reporting by the Saudis.

All in all, whichever way the conflict goes, the picture does not bode well for civilians. In this regard, perhaps Yemenis may take some solace in knowing that once rock bottom has been reached, the country can only rise.

The example of Colombia, which not so long ago was a crime-ridden country famous for drugs and murder, is a useful reminder. Over the past 20 years, Colombia’s murder rate has fallen by 60%, its inflation has dropped by 87% and unemployment has gone down by half. While foreign direct investment reaches $15 billion annually and the government’s borrowing deficit has fallen to only 2% of gross domestic product (GDP).

If Columbians were able to rehabilitate their country once it hits rock bottom, Yemenis could do the same in 2017. 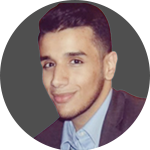 Omar Masjari is British-Yemeni lawyer. He writes on the Middle East and the Persian Gulf countries.