What does underground construction of nuclear plant in Iran suggest? 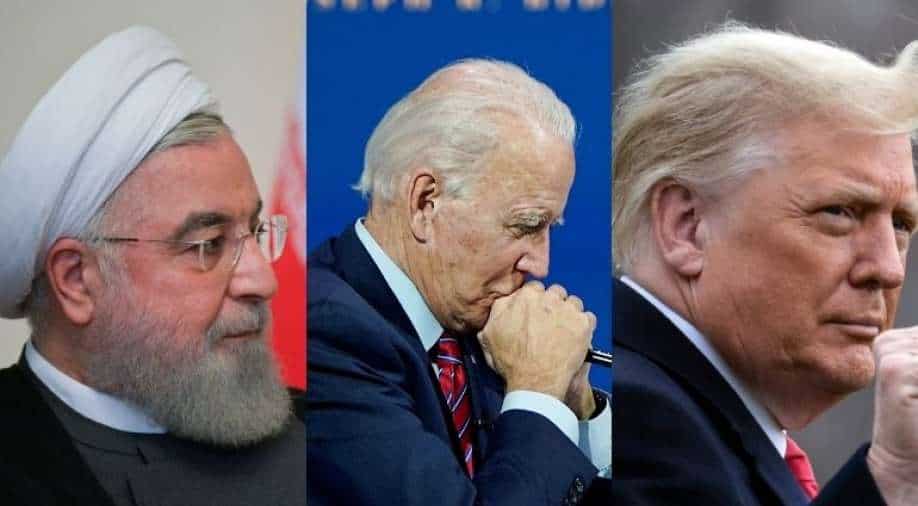 Images hovering over Fordo, the highly sensitive nuclear site in Iran, have picked up some clues

President-elect Joe Biden has not yet sworn in, but it seems that his job by no means will be easy.

Amid the coronavirus pandemic that has continued to rise at an alarming pace in the United States, the cyberattack has struck the nation.

Images hovering over Fordo, the highly sensitive nuclear site in Iran, have picked up some clues.

They suggest that from August to November, there has been activity at the site.

In September, Iran started to increase Uranium enrichment at Fordo in a response to US President Donald Trump's decision to walk out of the nuclear deal.

An image from December 11 shows that the Iranian government has dug a foundation for a building with dozens of pillars.

Why is Iran constructing the facility now?

Iran knows its move will make its neighbours nervous.

It also wants to send a message that the Islamic Republic has the money, resources and talent to keep the nuclear program running.

It is also posturing to resume talks with the US once Biden takes charge and is telling the world that the killing of its top scientist has not hurt its program.

The assassination of Mohsen Fakhrizadeh was seen as a body blow to Iran's nuclear ambitions, but the country has ensured that its Uranium stockpile continues to grow in the wake of his death.

Tehran has also raised the budget of its nuclear research group by 256 per cent.

The satellite images come just before a foreign ministers' meet on Monday where plans for a joint US-Iran recommitment to the nuclear deal are up for discussion.

Iranian President Hassan Rouhani says Tehran is ready to return to its commitments.

Biden has expressed his intent to re-enter the nuclear deal with Iran, but with some demands.

He reportedly wants to extend the duration of certain restrictions on materials used to make a nuclear bomb.

Tehran can also be asked to curb the activities of its proxies in Lebanon, Iraq, Syria and Yemen.

The chief of the International Atomic Energy Agency (IAEA) has endorsed the idea of a new deal.

The development suggests that the days of Trump's maximum pressure policy on Iran and over and the upcoming Biden administration seems keen to talk.

However, Tehran is hedging its bets and with the construction of his underground facility wants to gain some negotiating power before starting a dialogue.