What can the Xiamen BRICS Summit get for India and others? 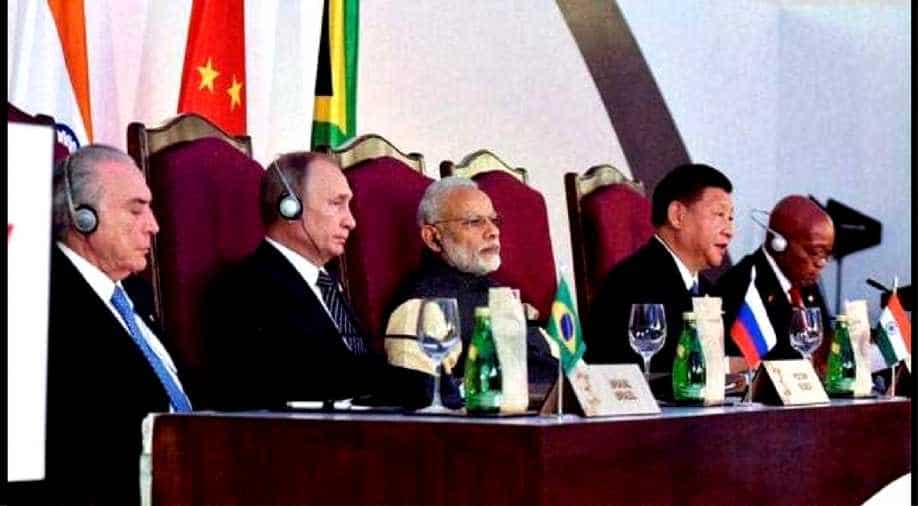 China has invited five other countries as guests for the Xiamen BRICS Summit 2017. Photograph:( DNA )

The disengagement of both Chinese and Indian troops in Doklam has fortunately led to a less tense atmosphere for the ninth BRICS Summit. China as the host would naturally like to make it a big success.

BRIC has come a long way from Jim O’Neill’s (of Goldman Sachs) 2001 concept of four attractive investment destinations comprising of Brazil, Russia, India and China. It expanded into BRICS with the inclusion of South Africa. The agenda has also steadily expanded and there is a growing awareness about its relevance. The group brought a unique and alternative narrative for global growth and development.

In the beginning, the group was confusing for many people, since it did not fit in with any of the recognised foundations for forming such groups. It was not based on region, ideology, language, religion or commodities. The common factor for the group was the success that these five countries had made out of the process globalisation and the rapid economic growth that they registered. The raison d’etre of the group was the growth potential of these emerging markets.

Intra BRICS cooperation in sectors like health, education, urbanisation, inclusive growth, gender issues and the environment has been making steady gains, though these do not make headline news.

Initially, BRICS countries concentrated on three main pillars – reform of the Global Financial Institutions (IMF and World Bank), intra-BRICS cooperation in various sectors and addressing Global Governance Issues. In all three, there has been considerable progress. At the Seoul G-20 Summit in 2010, a decision was taken to change the share quotas and voting powers in the IMF and World Bank. It was a modest success but the US Congress has stalled further progress on the issue.

Intra-BRICS cooperation in sectors, such as health, education, urbanisation, inclusive growth, gender issues and the environment have been making steady gains, though these do not make headline news. Here, the idea is to learn from each other’s experiences and follow best practices.

On Global Governance, the group has been demanding an equitable sharing of global leadership commensurate with the economic and political influence of BRICS. The Global Financial Crisis of 2008 clearly reiterated the need for a new approach to Global Economic and Political Governance with the inclusion of new emerging economies.

The most impressive achievement of BRICS, of course, is the establishment of the New Development Bank (NDB) and the Contingency Reserve Arrangement (CRA) in a very short time.

The most impressive achievement of BRICS, of course, is the establishment of the New Development Bank (NDB) and the Contingency Reserve Arrangement (CRA) in a very short time. These come about because of the inability of the World Bank and the IMF to evolve with changing circumstances. This development proved that BRICS could indeed establish global institutions wherever needed.

What are the expectations from the Xiamen Summit?

Even though there are no big-ticket items like the NDB on the cards, some pending ideas like the establishment of a BRICS Credit Rating Agency and BRICS standardisation and benchmarking would be pursued. There are also new initiatives on cyber security and sustainable development goals.

BRICS should step in to take the leadership role in promoting globalisation, free trade and multilateralism.

The international scenario today is truly at a crossroads. This provides a unique opportunity for BRICS to step into global leadership roles. The US and the Western countries have retreated from promoting their pet themes of globalisation and free trade. These are issues of critical importance to BRICS because their economic success has been predicated on these principles. With the West taking a back seat on these questions, BRICS should step in to take the leadership role in promoting globalisation, free trade and multilateralism.

The question is does BRICS have the bandwidth to do it? If not, it will have to find it because it is an excellent opportunity for BRICS to play a role in Global Governance. Of course, it will not be easy because there is a divergence in BRICS on many of these issues. The original convergence that the five countries had on Global Governance does not appear to be strengthening. Nonetheless, BRICS should not miss this opportunity of taking over a leadership role in these three critical areas.

BRICS also suffers from structural and procedural issues. Summits every year hosted by different countries lead to a proliferation of agenda items with each host trying to outdo the predecessor. There is hardly any follow-up on many of these items. The time has come for BRICS to prioritise a select number of critical areas and work towards achieving concrete goals.

BRICS Plus is not a good idea

The question of deepening vs broadening BRICS has been debated many times. The consensus, so far, has been to deepen cooperation between the five before broadening the group. Of course, since the Summit in Durban (South Africa), there has been outreach activities as part of South-South Cooperation (AU countries in Durban, Latin American leaders in Fortaleza, SCO members in Ufa and BIMSTEC members in Goa). China has been keen to take it to a higher level with a “BRICS plus” concept. So long as it is within the outreach approach, it would work well. Any attempt to increase the membership could be counter-productive.

China has invited leaders of Thailand, Indonesia, Kazakhstan, Egypt, Mexico and Guinea (African Union Chair) to the Xiamen Summit. As an outreach activity, there is no harm so long as there is no formal induction into the group. It appears that China has since given up the idea of BRICS Plus due to objections from other members. Chinese Foreign Minister Wang Yi made a remark to this effect on August 30.

Another aspect that India will have to look out for in the Xiamen Final Declaration is a reference to China’s pet project of One Belt-One Road (OBOR) or the Belt-Road Initiative (BRI). India has held the view that this is a unilateral project of China without any multilateral consultations. Further, the China Pakistan Economic Corridor (CPEC) of the project impinges on India’s sovereignty. Therefore, India has to make sure that there is no reference to this initiative in the Final Declaration. 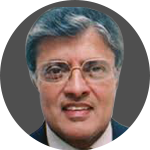 Ambassador H. H. S. Viswanathan is Distinguished Fellow at the Observer Research Foundation. He has co-edited the book "In Search of Stability, Security and Growth: BRICS and a new World Order". He is India's representative at the BRICS Think-tank.