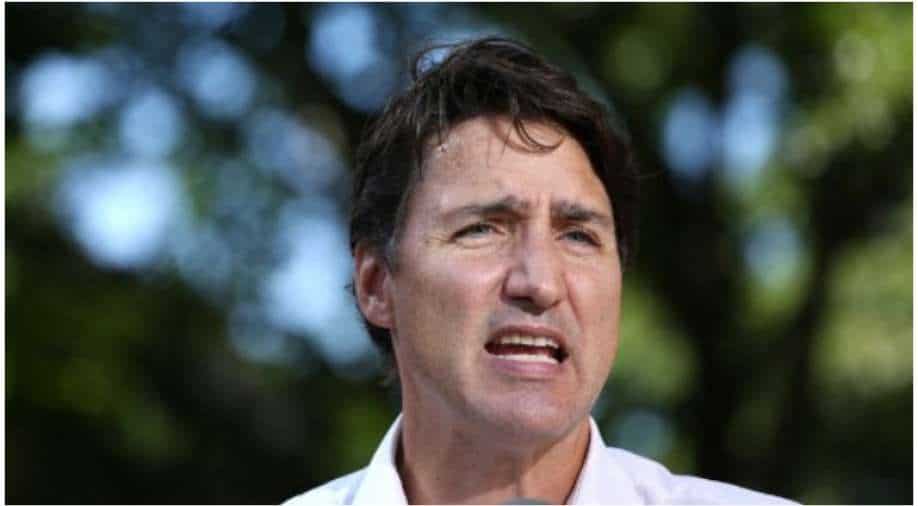 No one was injured in the incident. It has drawn condemnation from Trudeau's rivals

Stones were thrown at Canada Prime Minister Justin Trudeau at an election campaign event. The incident took place as he was leaving an event at a microbrewery in London, a city southwest of Toronto in Ontario province

Trudeau, members of his security detail and journalists were reportedly struck. No one was injured. the video below is being widely shared as the one being of the incident.

🇨🇦 The Prime Minister of #Canada, Justin Trudeau, was thrown with small stones after his election rally.

Trudeau was not injured. This is not the first time, the leader of the #Liberal Party was accompanied by protesters in an election campaign. pic.twitter.com/RWDIzxKr6Q

Trudeau -- who has slipped in the polls and is now in a statistical dead heat with O'Toole -- has faced off on several recent occasions with what he described as "anti-vaxxer mobs" angry with his handling of the Covid-19 pandemic.

Protesters enraged over proposed mandatory coronavirus vaccines and other crisis measures have shouted racial and misogynist slurs at his entourage.

Trudeau was forced to cancel an event due to security reasons.

"Yes, there is a small fringe element in this country that is angry, that doesn't believe in science, that is lashing out with racist, misogynistic attacks," Trudeau said at a campaign stop.

"But Canadians, the vast majority of Canadians, are not represented by them, and I know will not allow those voices, those special interest groups, those protesters -- I don't even want to call them protesters, those anti-vaxxer mobs -- to dictate how this country gets through this pandemic."