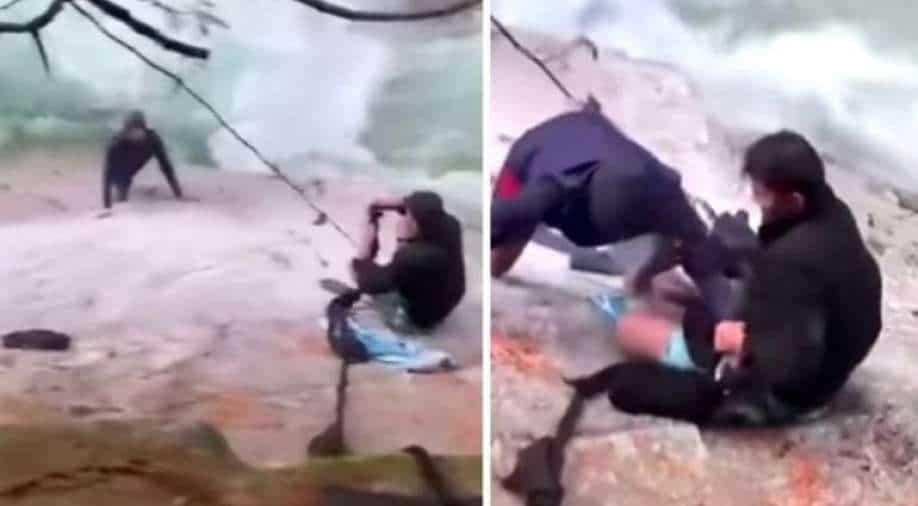 Proving that humanity is greater than religion, five Sikh hikers in British Columbia helped two men from falling into a waterfall.

A group of friends went hiking in Golden Ears Provincial Park when they learned that two hikers had slipped on a rock and had fallen into a pool of lower falls.

They tried calling the emergency services but there was no signal in the park.

Proving themselves good samaritans of the society, Kuljinder Kinda, and his group removed their turbans after could not find a rope to rescue the hikers.

On Monday, a hiker had slipped on some rock and fell into the Lower Falls a Golden Ears Provincial Park in BC

While search crews were called, a group of 5 Sikh hikers spotted the man and used their turbans and extra clothes to make a rope, and help rescue the man. 🙏🙏 pic.twitter.com/JupoFRWC4i

Making a makeshift rope from their own turbans to rescue complete strangers, they climbed over the slick rock and used all their might to help the hikers who had unexpectedly fallen into the waterfall.

Turbans are headdresses that are made of cotton and are sacred to Sikhs as it prevents their long, uncut hair.

Search and Rescue Society (SAR) manager Rick Laing said that it had received a call about the hikers that had fallen into the lower falls around 6 pm but before they could reach the location they had already been saved by the courageous group of friends.

''We spoke briefly with them but only to make sure they were fine and did not require medical aid,'' he added.

Kinda said ''We were trying to think how we could get them out, but we didn’t know how to. So, we walked for about 10 minutes to find help and then came up with the idea to tie our turbans together.''

''In Sikhism, we are taught to help someone in any way we can with anything we have, even our turban,'' he added.

A spokesperson for the British Columbia environment ministry issued a statement saying ''Signs on the access trails warn hikers about trail and waterfall hazards and to not proceed past the end of the established trails.''

The video of the entire incident has gone viral on social media. The Sikh community praised the heroism of the group and said ''Kudos to these young men on their quick thinking and selflessness.''