Watch: Oprah Winfrey's winning speech at the Golden Globes will give you goosebumps 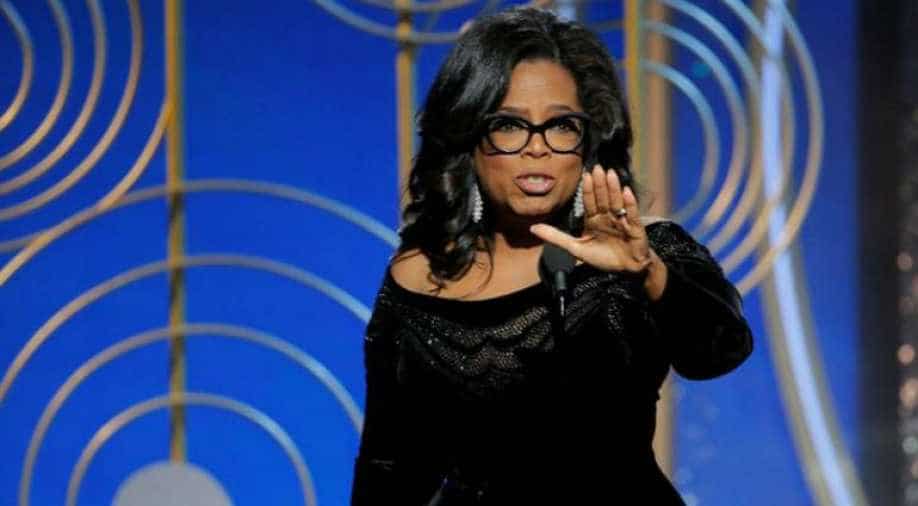 Golden Globes 2018 will go down in history as the year when Hollywood together showed support to victims of sexual harassment and called for a change in the way the film industry functions. From me too movement, to wage gap to a need for more representation of women in various aspects of filmmaking - Hollywood took a leap towards change at the awards ceremony.

While most winners delivered poignant speeches, it was Oprah Winfrey who owned the night with her rousing speech.

The actress/activists/ chat show host was honoured with the prestigious  Cecil B. DeMille award on Sunday night and she called for a world free of sexual abusers where nobody ever has to say `Me too` again.
Winfrey`s inspirational and moving speech, which drew a standing ovation from the Who`s Who of Hollywood, saw her talk about people speaking out the truth and fighting for justice.

“I want all of the girls watching here now to know, that a new day is on the horizon.” @Oprah accepts the 2018 Cecil B. de Mille award. #GoldenGlobes pic.twitter.com/hbquC1GBjm

Speaking your truth is the most powerful tool we all have. And I`m especially proud and inspired by all the women who have felt strong enough and empowered enough to speak up and share their personal stories," she said in reference to the slew of sexual abuse allegations against men in and outside Hollywood.

Stressing that it`s not just a story affecting the entertainment industry, Winfrey, 63, said: "It`s one that transcends any culture, geography, race, religion, politics, or workplace. So I want to express gratitude to all the women who have endured years of abuse and assault because they, like my mother, had children to feed and bills to pay and dreams to pursue.

"They`re the women whose names we`ll never know. They are domestic workers and farm workers. They are working in factories and they work in restaurants and they`re in academia, engineering, medicine, and science. They`re part of the world of tech and politics and business. They`re our athletes in the Olympics and they`re our soldiers in the military."

Winfrey took the audience through the story of the late Recy Taylor, a woman who in 1944 was kidnapped and raped, but never got justice.

"Recy Taylor died ten days ago, just shy of her 98th birthday. She lived as we all have lived, too many years in a culture broken by brutally powerful men. For too long, women have not been heard or believed if they dare speak the truth to the power of those men. But their time is up. Their time is up," Winfrey said, her voice exuding the confidence which sets her apart.

Winfrey had begun her speech by reminiscing about being a young girl in 1964, watching Sidney Poitier become the first black man to win the Academy Award for Best Actor.

"I`d never seen a black man being celebrated like that," Winfrey said of the moment in 1982.

"It is not lost on me that at this moment, there are some little girls watching as I become the first black woman to be given this same award."