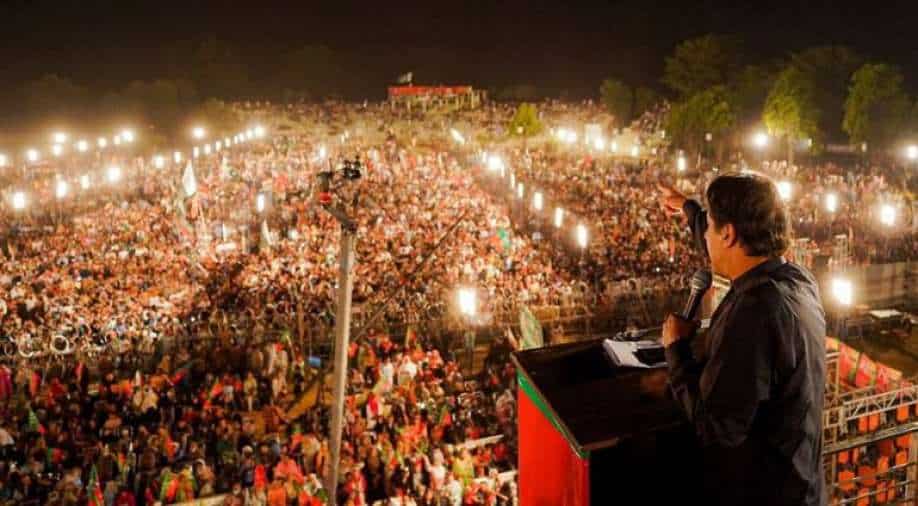 Imran Khan, the former Pakistani prime minister, launched a tirade at Prime Minister Shehbaz Sharif on Tuesday, calling him Mir Jafar and accusing him of conspiring with the Americans to destabilise his government.

Imran Khan, the former Prime Minister of Pakistan, stated on Tuesday that when he speaks of Mir Jafar in his speeches, he is referring to Prime Minister Shehbaz Sharif, as he appeared to reject that any institution (read Pakistan Army) is the subject of the connection he frequently makes.

Imran told the stories of Mir Jafar and Mir Sadiq while speaking to a crowd in Abbottabad on Sunday.

Sirajud Daula, according to the former prime minister, was a governor of the Mughal emperor, whose commander-in-chief, Mir Jafar, collaborated with the English to overthrow the government.

He had made a connection between the historical story of treachery and how he had lost his own administration last month.

At a rally in Jhelum, he lashed out at Prime Minister Shehbaz Sharif and said that Pakistan Muslim League-Nawaz (PML-N) supremo Nawaz Sharif and PML-N Vice-President Maryam Nawaz were speaking against the army, not him, reported Geo News.

Imran Khan says during Jhelum jelsa he was referring to Shehbaz Sharif as ‘Mir Jafar’ and traitor but IK had said Mir Jafar was Commander in Chief pic.twitter.com/DPvewRKgmx

"But you, Shehbaz Sharif, are saying that I am speaking against the army?" Khan said in response to the premier’s notice on the PTI chairman’s recent Abbottabad speech.

Khan claimed that he referred to Prime Minister Shehbaz as Mir Jafar rather than the army. "Mir Jafar was rewarded by the British for his betrayal, just as you were rewarded by the Americans."

Before the Islamabad march, the PTI chairman had organised a series of jalsas in various cities, including Karachi, Mianwali, Lahore, and Peshawar, to rally his party's supporters and leaders against the government.

According to Geo News, the PTI chairman also slammed the Prime Minister's visit to London.

He said that the federal cabinet, which he described as "convicts," would travel to London to see PML-N leader Nawaz Sharif.

"Nawaz Sharif is a coward and a robber who runs overseas anytime he gets the chance," Khan remarked as the prime minister, cabinet members, and PML-N leaders prepare to fly to London, with sources claiming that "a huge decision" will be made.