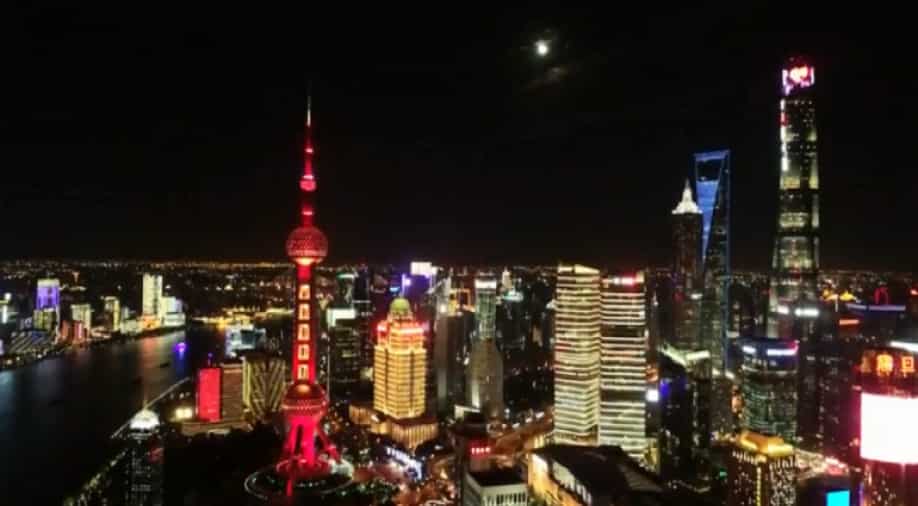 To create a festive atmosphere for the special day, China's capital city Beijing presented the light show in 11 places across the city, including the famous Great Wall.

Grand light show "I Love You, China" was held across China to celebrate the 69th anniversary of the founding of the People's Republic of China.

To create a festive atmosphere for the special day, China's capital city Beijing presented the light show in 11 places across the city, including the famous Great Wall.

Another major city Shanghai lit up its landmark "The Oriental Pearl Radio and TV Tower" in red and gold - colours of Chinese national flag - to say happy birthday to the country.

South China's Shenzhen City put on the show with 1.18 million colourful lamps, proudly showing off its great achievements during the 40-year reform and opening-up.

The "I Love You, China" show was also seen in northeast China's Harbin City, cities of Qingdao and Xiamen in east China, attracting many local residents.

"During the 40 years' reform and opening-up, Xiamen's economy has developed well, and people's living standards have improved. After watching today's light show, I feel warm and honoured to be born and raised in Xiamen," said a Xiamen resident.

In Lhasa City of southwest China's Tibet Autonomous Region, the light show for National Day celebration was held in the magnificent Potala Palace for the first time.