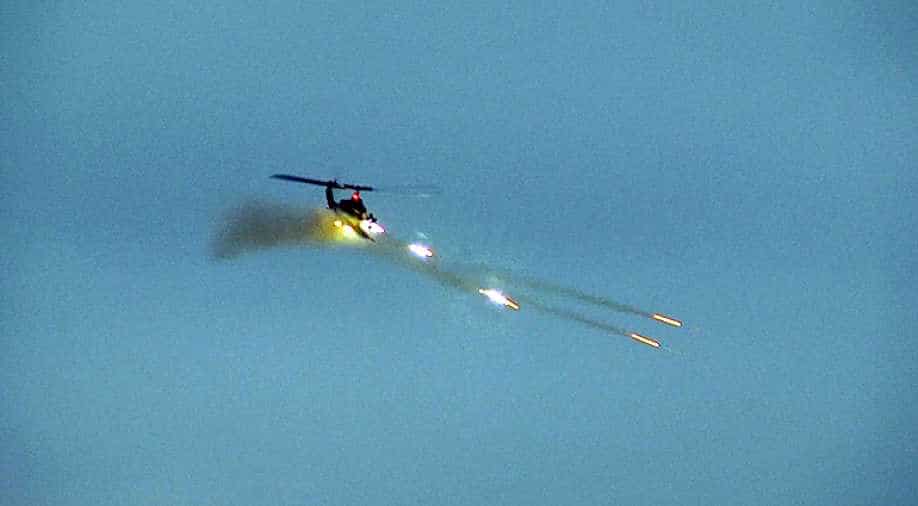 Taiwanese forces concluded two days of drills simulating enemy invasion and the safeguarding of the weapon systems, amid tensions with China.

The exercises came after a message from Chinese President Xi Jinping to "Taiwanese compatriots" in which he signalled a strong will to speed up "re-unification" with Taiwan and failed to rule out the use of force to achieve this goal.

Taipei said the drills were aimed at enhancing combat readiness ahead of the Lunar New Year and hoped to put the Taiwanese public at ease before the long holiday starting on Lunar New Year eve on February 4th.

"We are practicing wherever there could be war. We let our troops practice in different weather conditions and practice real-life situations over and over again in different places of warfare," the ministry of defence spokesman said, adding,"In this process, there was no brief or preparation, that is to say, by using this real-life approach, all troops can understand their roles and missions during war and steadily improve their abilities."

Taiwan's air force, infantry and and navy took part during the drill, fending off a make-believe attack by hostile forces. Helicopters, tanks and rocket launchers could be seen firing off rounds of live ammunition, while Mirage fighter jets had their engines tested and were taken for a spin by pilots. Taiwan relies on its fleet of fighter jets to respond to increasing manoeuvres by Chinese air force around the island.

"We are actively continuing the plan of having a self-sufficient national defence including developing domestic aircraft and submarines," the defence ministry spokesman informed.

On Tuesday, a US government official had said the United States is closely watching Chinese intentions toward Taiwan, concerned that Beijing's growing military prowess may increase the risk it could one day consider bringing the self-ruled island under its control by force.

Washington has no formal ties with Taiwan but is bound by law to help it defend itself and is the island’s main source of arms. The Pentagon says Washington has sold Taiwan more than $15 billion in weaponry since 2010.