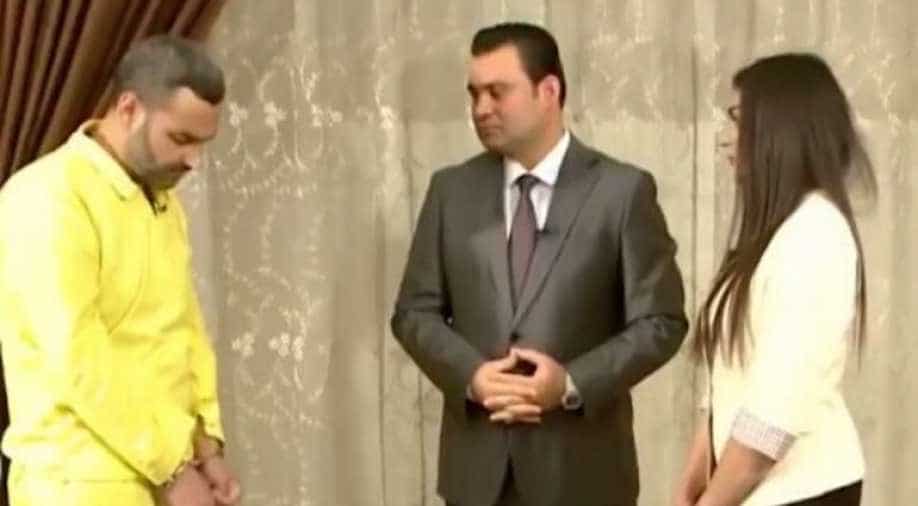 19-year-old Ashwaq Haji Hamid faced Mohammed Rashid, the ISIS terrorist who had handcuffed and raped her repeatedly when she was only 14. Photograph:( Twitter )

Ashwaq Haji Hamid was 14 when the terror group seized her hometown, killing the males and abducting the girls.

One of the most disturbing realities of a warzone is the use of sexual violence as a tactic of war, subjugation and terrorism.

In a recent interview aired on Iraq's Al-Iraqiya tv, a Yazidi woman who was abducted by ISIS and kept as a sex slave, bravely confronted her rapist on live tv.

19-year-old Ashwaq Haji Hamid faced Mohammed Rashid, the ISIS terrorist who had handcuffed and raped her repeatedly when she was only 14.

Ashwaq stood facing her attacker, the ISIS terrorist, who was in a prison jumpsuit and was forced to listen to the pain he had inflicted on her.

After the emotional speech, the interview ended with Ashwaq collapsing at Rashid’s feet, evidently re-opening the traumatic wounds of her past.

Ashwaq is one of 7,000 Yazidi women who were raped and had to endure unspeakable atrocities at the hands of ISIS terrorists.

More than 3,000 Yazidi women remain missing, the more fortunate ones have escaped like Ashwaq and have taken refuge elsewhere.

For many, the persecution of their people has spawned new, passionate champions of human rights.

One of them is Nadia Murad - winner of the 2018 Nobel Peace Prize.

She turned her pain into inspiration and went on to become an advocate for the rights of her community around the world.

Like Nadia Murad, the brave Yazidi girl Ashwaq's dramatic confrontation with the ISIS predator portrays that facing your fears and standing up for yourself is sometimes the best way to move forward.

Various conflicts in the Middle East that are ongoing in one form or the other, have reduced once prosperous nations to mere husks of their former selves.

Millions of people have had their lives taken away from them.

Innocent children have been pummelled by indiscriminate airstrikes.

Minority groups have been at the receiving end of bombs, tear gas and even the use of chemical weapons.