Volcano erupts near Icelandic capital, ending a streak of earthquakes 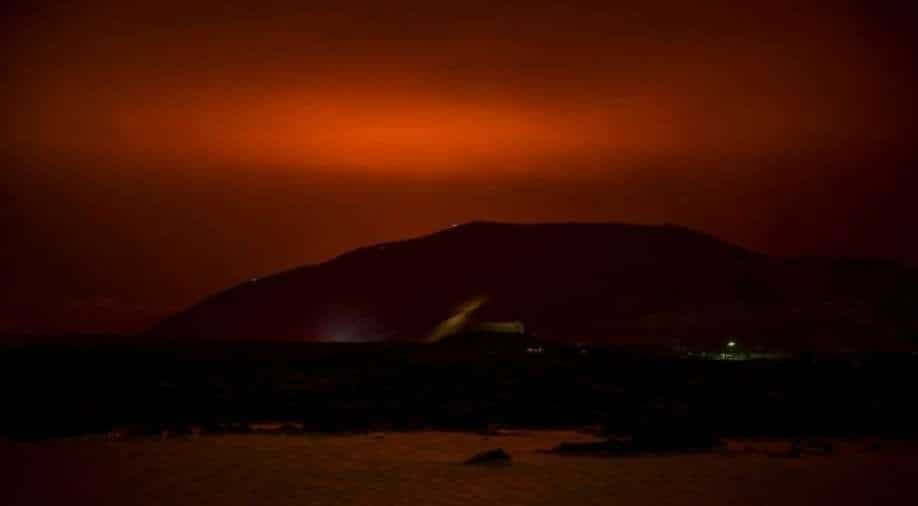 The red shimmer from magma flowing out from the erupting Fagradalsfjall volcano behind the landmark Blue Lagoon, some 45 km west of the Icelandic capital Reykjavik, on March 19, 2021. A volcano erupted in Iceland on Friday some 40 kilometres (25 miles) fr Photograph:( AFP )

The eruption took place near the mountain on the Reykjanes Peninunsala - Fagradalsfjall, situated at least 30 kilometres (19 miles) away from the country’s capital

After being rocked by thousands of small earthquakes, residents of Iceland may be able to sleep better starting now.

The country’s meteorological office on Saturday said that a volcanic eruption has begun in the southwestern region of Iceland, near the capital Reykjavik.

The eruption took place near the mountain on the Reykjanes Peninsula - Fagradalsfjall, situated at least 30 kilometres (19 miles) away from the country’s capital.

According to helicopter footage from the Icelandic Meteorological Office (IMO), magma could be seen along the site, in addition to lava.

In the last four weeks, over 40,000 earthquakes have been recorded in the peninsula, which marks a huge jump from the 1,000-3,000 earthquakes registered each year since 2014.

The IMO did add that the eruption poses no danger to the people in Grindavik, and infrastructure in the region is expected to remain unaffected.

A 2010 eruption of the Eyjafjallajökull volcano led to 900,000 flights being halted, and hundreds of Icelanders scurrying out of their homes. But the current explosion will not spew a lot of ash or smoke into the atmosphere.

Even though Reykjavik’s Keflavik International Airport remains functional after the eruption, airlines have been given the onus of deciding whether they want to continue flying or to stop.