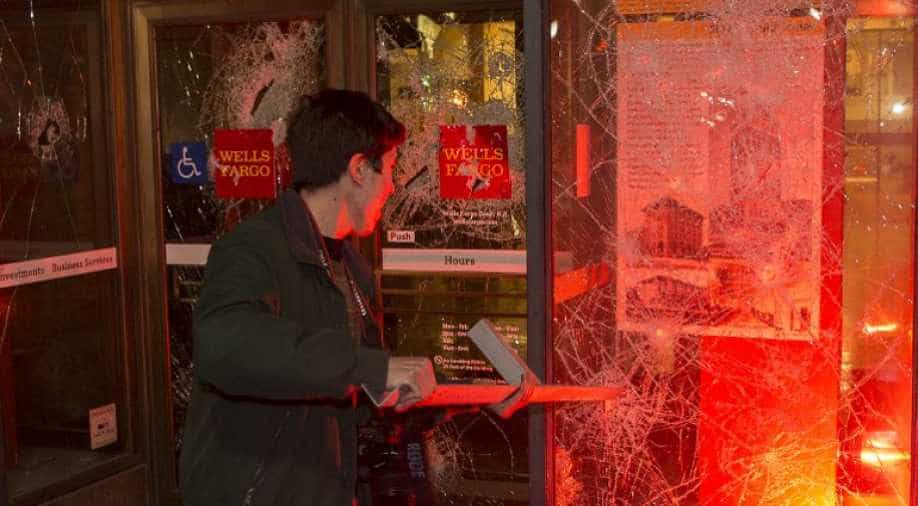 Yiannopoulos appearance was cancelled and the University was put on a lockdown. The Alt-right speaker had been invited by the conservative student group. Photograph:(AFP)
Follow Us

Hundreds of protesters turned violent on Wednesday at the University of California at Berkeley for inviting right-wing speaker Milo Yiannopoulos, editor of conservative news website Breitbart.

Students smashed windows, hurled rocks, lit wooden pallets on fire and chanted "shut him down" as riot police fired tear gas at them.

Yiannopoulos, a stunch supporter of US President Donald Trump is the technology editior of Breitbart, created furor after abusing "Ghostbusters" actress Leslie Jones on Twitter.

The university was put on a lockdown after his appearance was cancelled.

Yiannopoulos had been invited by the conservative student group. He has become the face of "alt-right movement" after being a vocal supporter for Donald Trump, going as far as calling 'Daddy'.

Similar protests have taken place at the University of California last month and had to cancel speeches by Yiannopoulos.

Officials at the University of California stressed that they did not invite Yiannopoulos or endorse his ideas. But they are committed to free speech.