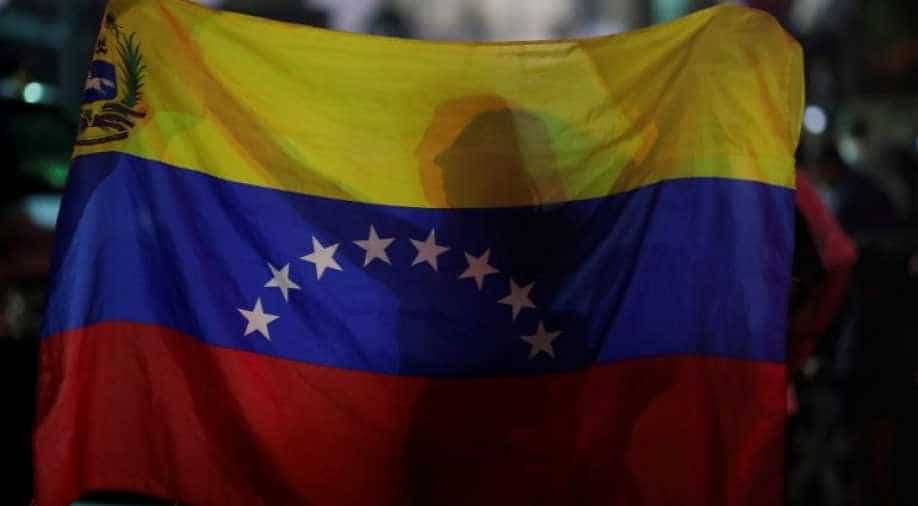 With Venezuela's chronic medicine shortages and hyperinflation, more and more people are turning to alternative medicine to treat common ailments in the crisis-wracked South American country.

The small waiting room at the home of self-styled healer "Brother Guayanes" in Caracas' rundown Petare district fills up quickly with patients -- business has never been better.

With Venezuela's chronic medicine shortages and hyperinflation, more and more people are turning to alternative medicine to treat common ailments in the crisis-wracked South American country.

"We go to the hospital and there's nothing there. They don't have medicines, or they're too expensive, what are we to do?" said Rosa Saez, 77, who has come to get treatment for a painful arm.

Carlos Rosales -- he uses the more ceremonious "Brother Guayanes" for his business -- is finishing up a "spiritual intervention" on a patient in what passes for his surgery.

The patient lies, eyes closed, on a cot as, in a series of swishes and clicks, the healer waves five pairs of scissors one after another over his prone body.

The healer says he performs 200 such interventions a week in a dim, candle-lit room that features two camp beds and an array of plaster statues that Rosales says represent "spiritual entities".

A regular visitor to the spiritual center, Saez says she has faith in Rosales' methods: "He healed my kidneys."

All across Venezuela, but particularly in poor areas like Petare, patients cannot hope to afford the price of medicines that due to the economic crisis, have become exceedingly rare.

Venezuela's pharmacists' federation say pharmacies and hospitals have on average only about 20 per cent of the medicine stock needed.

Rosales' clinic is muggy with the smell of tobacco. A crucifix suspended from a chain around his neck, he practices a seeming mixture of smoke-blowing shamanism, plant-based medicine and mainstream religion.

Posters hung near the entrance remind clients to arrive with a candle and tobacco and "Don't forget that payment is in cash".

Much like a general practitioner, Rosales spends time consulting with his patients, examining them with a stethoscope, before offering a diagnosis. Often he prescribes potions based on plants and fruit, such as pineapple and a type of local squash known as chayote.

"We know medicines are necessary," he says. "I'm not against medicine, but my medicine is botany."

At her stall in a downtown Caracas market, 72-year-old Lilia Reyes says she has seen her trade in medicinal plants flourish.

"I can't keep up with the demand," she said at her stall, bathed in the aroma of chamomile, one of the 150 plants she sells.

Careless consumption of some herbs can be deadly, warns Grismery Morillo. A doctor at a Caracas public hospital, she says she has seen many cases of acute liver failure in people who have eaten certain roots.

According to Venezuela's opposition parties, some 300,000 chronically ill people are in danger of dying from the shortages of medicines.

But despite the risks, people like Carmen Teresa say they have no alternative.

In the kitchen of her restaurant which closed down three years ago as the economic crisis took hold, the 58-year-old Colombian prepares an infusion of fig leaves to treat "diabetic neuropathy".

The painkillers needed for the condition are "too expensive" and prices are going up due to hyperinflation, so she is cutting back on the pills and supplementing her treatment with herbal infusions.

She needs at least four tablets a day to keep her diabetes at bay. Her mother, bedridden since breaking a leg a year ago, suffers from Alzheimer's disease and needs five pills a day for hypertension.

"I'm still taking my pills, but I reduced the dose," says Teresa, who is also replacing cholesterol pills with lemon juice.