Venezuela calls public sector back to work as blackout recedes 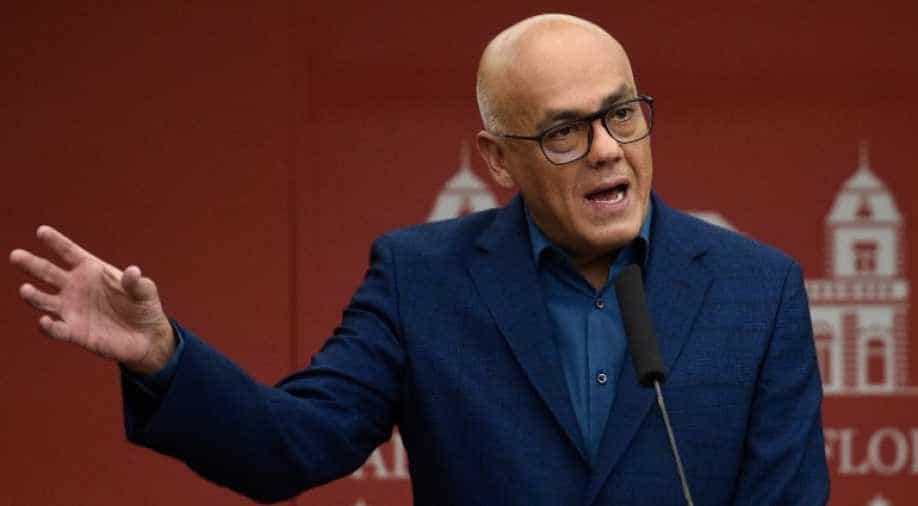 Communications Minister Jorge Rodriguez said in an address on state television Wednesday that Maduro decided the public sector would resume work on Thursday, although state schools would remain closed for an extra day.

Venezuela's public employees were called to return to work Thursday after the government ended a nearly week-long hiatus caused by an unprecedented nationwide blackout that deepened widespread anger against President Nicolas Maduro.

Communications Minister Jorge Rodriguez said in an address on state television Wednesday that Maduro decided the public sector would resume work on Thursday, although state schools would remain closed for an extra day.

The span of decreed public holidays started last Friday, a day after power went out in 22 of Venezuela's 23 states, disrupting transport, causing stockpiled food to rot in fridges and forcing some Caracas residents to source water from sewage outflows as taps ran dry.

By Wednesday, electricity was back in Caracas and other regions. But swaths of western Venezuela remained without power, including the city of Maracaibo where more than 500 shops reported having been looted, according to a retailers' association.

The blackout -- the worst in the history of the once-rich oil-producing nation -- deepened an already grave economic crisis.

"There is major paralysis in many critical areas in the oil sector," it said, estimating that up to 70 per cent of the one million barrels of oil a day Venezuela still managed to produce could end up being affected.

"No water, no power, no medicine, no cash, no transport. This has been dreadful," one Caracas resident, Victoria Milano, 40, told AFP.

The worsening situation has bolstered Juan Guaido, an opposition leader whose claim to be Venezuela's interim president is backed by the US and 50 other countries.

"This desperation and darkness are caused by the dictatorship," he told supporters on Tuesday, alleging that 20 people had died in hospitals because of a lack of power.

He added that he expected to take over the presidential palace "very soon."

Venezuela's pro-Maduro prosecutor's office has hit back with a criminal investigation against Guaido for "sabotage," alleging he had a hand in the blackout. But the opposition leader remains free after the US warned of "consequences" if he were arrested.

- Maduro sees 'victory' -
Maduro has accused Washington of waging "cybernetic" and "electromagnetic" attacks against Venezuela's Guri hydroelectric plant, which provides power to 80 per cent of the country's 30 million inhabitants.

As he declared "victory" on television late Tuesday, asserting that power had been restored "in almost all" the nation, Caracas residents in formerly middle-class neighbourhoods banged pots in the street in protest.

Experts said an attack by a foreign state actor on Venezuela's grid was possible but unlikely.

"Knowing Venezuela, it was likely an internal failure," Jeff Middleton, the chief technology officer at The Vault Foundation, a company that secures cryptocurrency transactions, told AFP.

Venezuela's infrastructure has degraded over years because of lack of investment, a significant brain drain, and the government's practice of putting the military in charge of key civilian facilities and companies.

That has impacted not only the electricity grid but also the country's vital oil industry.

The situation has worsened with successive rounds of US sanctions against Maduro's government, including steps that have severely curbed its oil exports.

- China, Spain offer help -
While much of Latin America and Europe have thrown their weight behind Guaido with a view to forcing presidential elections in Venezuela, Maduro has the support of Russia and China, major creditors and buyers of Venezuelan oil.

China on Wednesday said it stood ready to help Venezuela get its electricity up and running again.

"China hopes that Venezuela can quickly find the cause of this accident and restore normal power and social order," foreign ministry spokesman Lu Kang said at a regular briefing in Beijing.

"China is willing to offer assistance and technical support to Venezuela to restore the power system," Lu said.

The spokesman said China was "very concerned" about reports of a cyber attack, but declined to directly blame the United States.