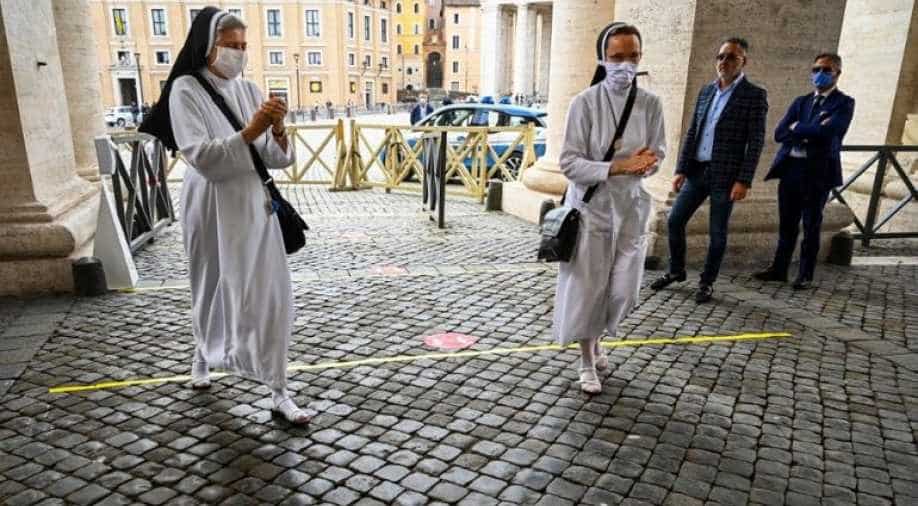 A Vatican city resident has tested positive for the novel coronavirus and has been transferred into an isolation ward, the Vatican said on Saturday.

The man has not been identified by authorities. However, the Vatican has confirmed that the infected man resided in the same residence as Pope Francis.

He has now left the Santa Marta residence and is now in isolation with all the people he had recently come in direct contact with in the last few days.

The Santa Marta residence has nearly 130 rooms and suites, and while the spread of the virus has been contained, this is not the first time someone has tested positive from the residence. A man earlier, in March, had tested positive when Italy had seen a surge in the coronavirus cases. A total of three Vatican residents have tested positive and recovered till now, Saturday's statement added.

However, Pope Francis, who had part of one lung removed during an illness when he was a young man in his native Argentina, is tested regularly for COVID-19. The Pope met three people in private audience and addressed a large group of Italian police on Saturday.

Four members of the Swiss Guard, the elite and colourfully dressed corps that protects the pope, tested positive for COVID-19 last week.