Pope in first trip outside Rome since virus lockdown 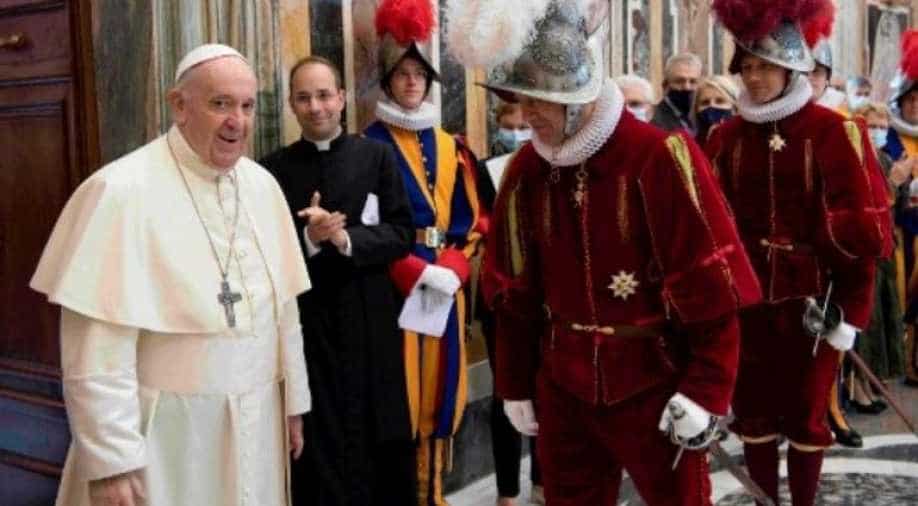 The Vatican has said it will be a private visit to reduce health risks — both to Catholics who usually throng the streets on such occasions, holding aloft babies to be kissed, and for the elderly pontiff himself

Pope Francis makes his first trip Saturday since the Vatican's coronavirus lockdown, though it will be a solitary affair for the crowd-loving Argentine who has had to learn how to be close to the faithful from a distance.

Francis will journey to Assisi, the birthplace of his namesake saint, where he will sign his new encyclical — a document laying out the pope's views on key issues — called "Fratelli tutti", on the importance of fraternity, particularly in these Covid-19 times.

The Vatican has said it will be a private visit to reduce health risks — both to Catholics who usually throng the streets on such occasions, holding aloft babies to be kissed, and for the elderly pontiff himself.

As the virus, which has killed over one million people globally, began to spread around the world earlier this year, Francis reached out through a live-streamed mass, performed alone on Saint Peter's Square.

"Thick darkness has gathered over our squares, our streets and our cities", he said in the historic March address, describing the coronavirus "tempest" as having put everyone "in the same boat", as heavy rain fell around him.

That, and his lonely walk through the deserted streets of Rome to pray at two churches for the end of the pandemic, captured his isolation, but were also seen by Catholics and non-Catholics alike as signs of solidarity and hope.

Saturday's pilgrimage to the Basilica of Saint Francis, a UNESCO World Heritage site, marks a milestone in the pope's slow return to normalcy.

Francis, 83, showed little fear as the virus broke out in Italy in late February, though he was forced to shun his usual practice of shaking hands.

Apart from suffering a cold early on, his health has remained good. Of more concern was frail Benedict XVI, who stepped down in 2013, and lives in the Vatican as "pope emeritus."

In the end, the 93-year-old left a post-lockdown Vatican before Francis, heading to his native Bavaria in June to the bedside of his 96-year-old brother, Georg, who died not long afterwards.

Vatican staff have worked hard to protect both the former and current pope.

Francis opted on his election in 2013 to live in the tiny state's "Santa Marta" guesthouse, instead of the papal apartments, and had been used to dining in the building's shared canteen. It was not clear whether he then stopped eating in company.

"Everyone works in his office or from his room, using technology. Everyone is working; there are no idlers here," the pontiff said in an interview with papal biographer Austen Ivereigh in April.

That included Francis, who live-streamed his daily masses from Santa Marta, as well as the weekly Angelus prayers and general audience talks.

Priests were reminded it was their mission to "get out", which many did through social media or video calls.

While the lockdown in Italy and the Vatican gradually lifted from May, Francis remained caged.

Now it is his turn. While there will be no papal foreign trips this year — for the first time since 1979 — the Assisi outing is expected to go a small way towards charging the batteries of a man who believes a priest's place is with his flock.