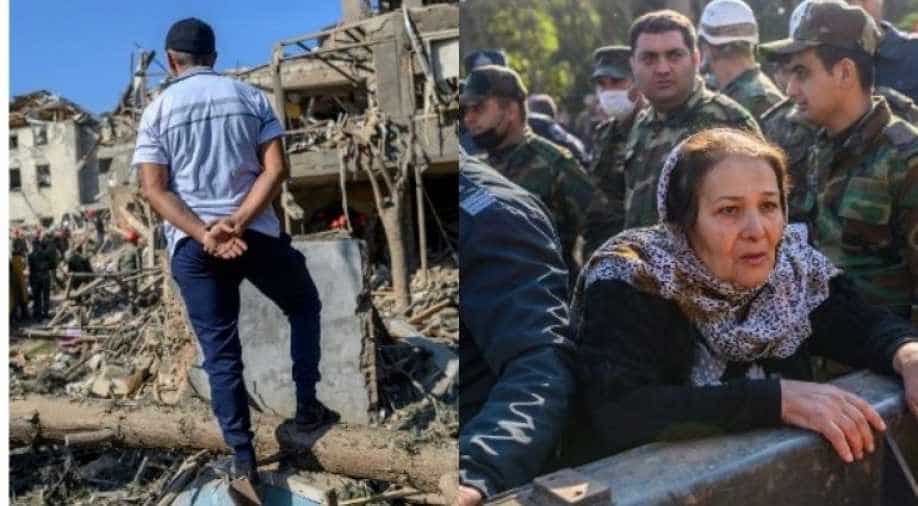 Fighting between Armenia and Azerbaijan over Nagorno-Karabakh Photograph:( AFP )

Azerbaijan's foreign ministry had said that there was overnight shelling in Ganja on Saturday leading to the death of at least seven people with several wounded.

Amid a "fragile peace" in Nagorno-Karabakh region, Pope Francis speaking after the Angelus prayer in Rome on Sunday said, "the truce proves to be too fragile".

"I pray and invite you to pray for the victims and for all those whose life is in danger," the Pope said, adding that the fighting should be resolved "not through the use of force and arms, but through dialogue and negotiation."

Also Read: Armenia and Azerbaijan accuse each other of violating 'fragile' truce

There were reports on Sunday of shelling on civilian areas by both sides even as the situation was reportedly calmer.The Pope's prayers come as  Azerbaijan and Armenia accused each other of violating the ceasefire agreement. The two sides had met in Moscow as Russian negotiators led by foreign minister Lavrov was able to bind a shaky ceasefire even as fighting continued on the ground.

Azerbaijan's foreign ministry had said that there was overnight shelling in Ganja on Saturday leading to the death of at least seven people with several wounded, although the Armenian defence ministry said it was "an absolute lie".

Azerbaijan also accused Armenia of launching an unsuccessful rocket attack on a hydro-electric power station in Mingachevir. The fighting between the two nations has been the worst since the 1991-94 war in which at least 30,000 people were killed.

Nagorno-Karabakh is an ethnic Armenian enclave in Azerbaijan with a large Armenian population which had broken away from Azerbaijan. Both countries had gained independence after the breakup of the former Soviet Union in 1991.