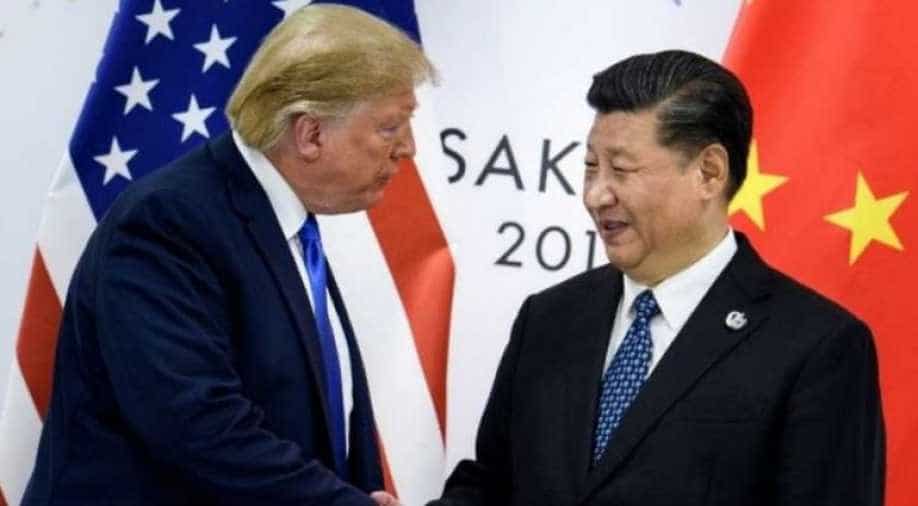 US trade negotiators want to make "meaningful progress" in upcoming talks with China, Treasury Secretary Steven Mnuchin said Thursday, one day after conciliatory gestures by both sides boosted hopes of an eventual resolution.

Mnuchin said on CNBC he is "cautiously optimistic" about chances for a deal to resolve the conflict, while President Donald Trump hinted at a watering down of his position with the possibility of an interim deal.

Washington and Beijing will first hold talks at the deputy level to ensure senior officials who meet later can advance towards an agreement.

Also read-- US-China trade war: The levers they can pull

"We don't want a trip that's just a series of discussions. We want to make meaningful progress," Mnuchin said.

However, he again warned that Trump will only accept a good deal, and is willing to raise tariffs if necessary.

Trump told reporters he preferred to seal a complete deal, but that he might be willing to consider an interim agreement.

"I'd rather get the whole deal done," he said, but noted analysts have been discussing the possibility of an interim deal "meaning we'll do pieces of it, the easy ones first."

"There's no easy or hard, there's a deal or there's not a deal. It's something we would consider I guess," he said.

There have been positive signs this week in the trade conflict, now entering its second year, as Trump agreed to Beijing's request to delay one round of tariff increases on $250 billion worth of goods for two weeks, until October 15, after China agreed to spare some US products from its retaliation.

China added Thursday that it was "making enquiries" about buying American farm products including big-ticket items like pork and soybeans, not on its previous list of spared goods.

"It is expected that China will be buying large amounts of our agricultural products!" Trump tweeted early Thursday.

Trump has previously accused Beijing of backsliding on promises to increase purchases of US farm goods and has offered billions in aid to farms badly damaged in the trade war.

Senior US and Chinese officials are due to hold preliminary talks later this month, in preparation for meetings in early October led by Mnuchin and US Trade Representative Bob Lighthizer.

Mnuchin said "we clearly didn't make the progress we wanted to" at the last meeting in Shanghai in late July, but he added: "I'm cautiously optimistic. I take the Chinese in good faith that they want to come here with a deal now."

Trump's hardline trade advisor Peter Navarro said on CNN Thursday that the US is focused on addressing "seven acts of economic aggression" by China including "cyber-hacking of our computers to steal our business secrets, intellectual property theft" and "manipulation of the currency."

However, Mnuchin said Hong Kong's pro-democracy movement "is definitely not on the table," as "that is an issue for the secretary of state to deal with."

Millions of people have demonstrated over the last 14 weeks in the biggest challenge to China's rule of the financial hub since its handover from Britain in 1997.

Hong Kong's pro-Beijing Chief Executive Carrie Lam warned the United States on Tuesday not to "interfere" with her government's response.

Trump has long viewed deficits as a defeat for the United States, arguing that they amount to stealing -- a position rejected by most economists.

Meanwhile, the US president maintains that the protracted trade war is damaging China more than the United States, and China is "eating the tariffs."

The US Treasury has taken in $66 billion in customs duties in the 11 months through August, 73 per cent more than in the same period of the prior fiscal year -- tariffs paid by American importers.

Experts have warned there are signs the US is also feeling the pinch, with job creation slowing across major industries last month, and manufacturing seeing a decided slowdown.