US urges Russia to use 'influence' to stop Syria offensive 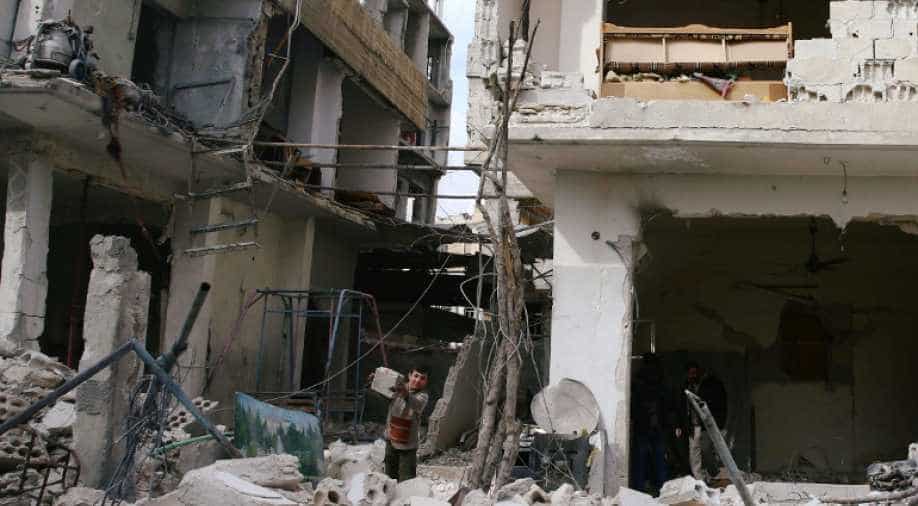 A child removes debris from a damaged building in the besieged town of Douma, Eastern Ghouta, Damascus on February 25. Photograph:( Reuters )

The United States pressed Russia on Monday to use its "influence" to secure an "immediate" full-fledged halt to a bloody offensive in Syria's rebel-held enclave of Eastern Ghouta.

"The Syrian regime, and its Russian and Iranian backers, continue to attack East Ghouta, a densely populated suburb of Damascus, despite the ceasefire called for by the United Nations Security Council," State Department spokeswoman Heather Nauert tweeted.

"The regime claims it is fighting terrorists, but is instead terrorizing hundreds of thousands of civilians with airstrikes, artillery, rockets, and a looming ground attack. The regime’s use of chlorine gas as a weapon only intensifies the misery of the civilian population.

"#Russia has the influence to stop these operations if it chooses to live up to its obligations under the #UNSC ceasefire," she added, referring to a Security Council resolution for a 30-day truce that has been a dead letter since it was passed on Saturday.

"The United States calls for an immediate end to offensive operations and urgent access for humanitarian workers to treat the wounded and deliver badly needed humanitarian aid."