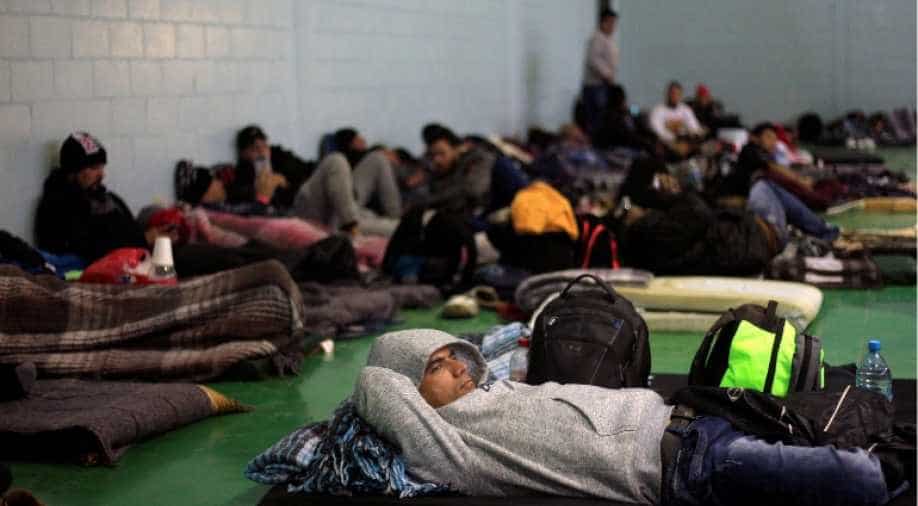 President Joe Biden had already ended the programme, known officially as the Migrant Protection Protocols. His administration this month started bringing in migrants enrolled in the program who had pending asylum cases

The Biden administration is broadening the pool of migrants who will be allowed to enter the United States to make asylum claims, in the latest effort to chip away at the restrictive immigration policies put in place under former President Donald Trump.

The Department of Homeland Security said Tuesday that on Wednesday it would start considering migrants whose cases were terminated under a Trump-era program that gave border officials the authority to send asylum-seekers back to Mexico to wait for their cases to make it through the clogged American immigration system. The change could affect tens of thousands of people.

President Joe Biden had already ended the program, known officially as the Migrant Protection Protocols. His administration this month started bringing in migrants enrolled in the program who had pending asylum cases.

In a statement, the department said the latest move was “part of our continued effort to restore safe, orderly and humane processing at the southwest border.”

While many immigration and human rights advocates welcomed the development, it will do little to alleviate the pressure on the Biden administration to stop turning away hundreds of thousands of other migrants, many of whom are also seeking asylum, who have been banned from entering the United States because of a public health rule put in place during the coronavirus pandemic.

Democrats and human rights advocates have long assailed the Trump program, which began in 2019 as an effort to discourage immigrants from trying to cross the southwestern border despite having a legal right to apply for asylum in the United States. Many of the asylum-seekers enrolled in the program had their cases closed because they could not appear at their court hearings in the United States while they faced perilous situations in Mexico.

“By keeping migrants in dangerous conditions in Mexico, the Trump administration ensured many people would not be able to appear at their hearings and their claims would be rejected,” Reps. Bennie Thompson of Mississippi and Nanette Barragán of California, both Democrats, said in a joint statement Tuesday. Thompson is the chair of the House Homeland Security Committee, and Barragán is the chair of the subcommittee on border security. “Allowing these people to be eligible for processing is the right thing to do,” the statement said.

Rep. Michael Guest, R-Miss., a member of the House Homeland Security Committee, said the decision was made in haste and without transparency.

“The department’s seemingly impulsive announcement lacked explanation, justification or any other indicia that the decision had been made only after the careful deliberations and consultations that are both appropriate and lawfully required,” Guest wrote in a letter to Alejandro Mayorkas, the homeland security secretary.

The development could affect more than 34,000 migrants seeking asylum in the United States, according to the Transactional Records Access Clearinghouse at Syracuse University, which collects immigration data.

Judy Rabinovitz, a lawyer with the American Civil Liberties Union, said the process would not be quick. Applicants would need to register, and someone would have to tell them what they needed to submit to reopen their cases. And there is no guarantee that an immigration judge would grant a motion to reopen, she said, let alone grant asylum.

In another significant break from the Trump administration, the Justice Department last week reversed a Trump-era immigration ruling that had made it all but impossible for people to seek asylum in the United States over credible fears of domestic abuse or gang violence. The decision could affect hundreds of thousands of Central Americans fleeing gang extortion and recruitment and women fleeing domestic abuse who arrived in the United States since 2013.