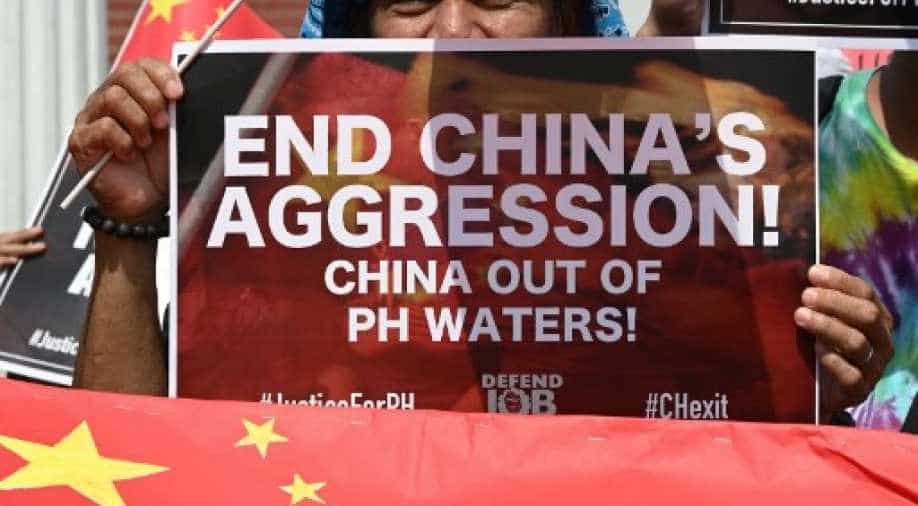 The US government targeted the China Communications Construction Company, including a shipbuilding group and telecom firms amid rising tensions in the South China Sea.

The Trump administration on Wednesday announced sanctions on 24 Chinese state-owned companies for taking part in building artificial islands in disputed waters in the South China Sea.

"Since 2013, the PRC (People's Republic of China) has used its state-owned enterprises to dredge and reclaim more than 3,000 acres on disputed features in the South China Sea, destabilizing the region, trampling on the sovereign rights of its neighbours, and causing untold environmental devastation," Secretary of State Mike Pompeo said.

The US government targeted the China Communications Construction Company, including a shipbuilding group and telecom firms amid rising tensions in the South China Sea.

"The companies enabled China to construct and militarise disputed outposts in the South China Sea," the US Commerce Department said as it put the 24 companies in the  "Entity List".

Meanwhile,  Philippine defence secretary Delfin Lorenzana said that China's "nine-dash line" in the South China Sea is a fabrication as tensions between Manila and Beijing continued over the islands.

"That area is within our EEZ," Defence Secretary Delfin Lorenzana said, adding,"China's so-called historical rights over an area enclosed by their 9-line doesn't exist except in their imaginations. They (China) are the ones who have been doing provocations by illegally occupying some features within our EEZ. Hence they have no right to claim they are enforcing their laws."

"Our fishermen are within our EEZ and likewise our ships and planes conduct patrol sorties within our area," Lorenzana asserted.

The Philippine foreign ministry had last week lodged a diplomatic protest over "illegal confiscation" by China's coast guard of fishing equipment near the shoal.