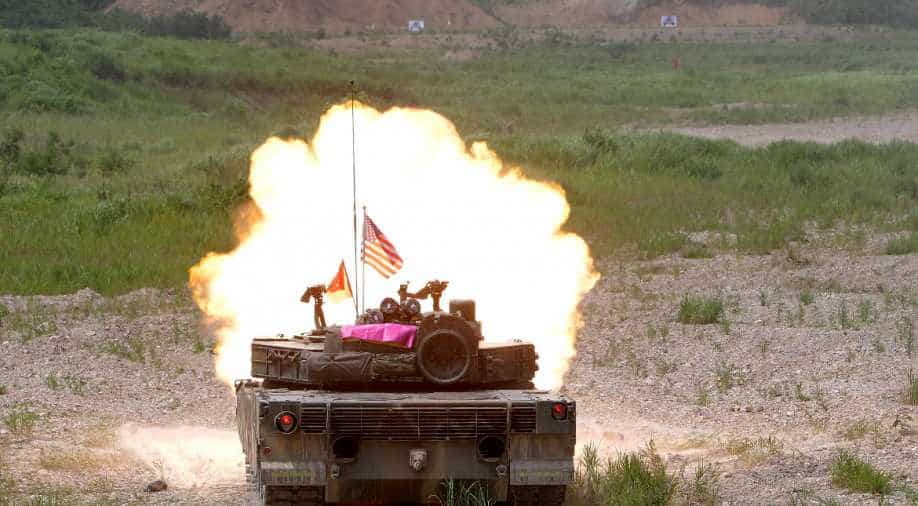 South Korean and the US marine troops conducted air and ground joint combat training today near the port city Pohang, about 360 km (223 miles) south of Seoul.

"As the most powerful military forces spearheading the alliance between South Korea and the United States, South Korean and US Marine Corps are prepared in the most perfect manner to strongly punish any kind of threat from the enemies that threaten our national security," said a quick reaction forces commander of the South Korean Marine Corps, Kim Hoi-min, at the artillery range.

There are 28,500 US troops stationed in the South as part of combined defence with the South's military of more than 600,000. The North has an army of 1.2 million.

The two Koreas are in a technical state of war under a truce after the 1950-53 Korean War.