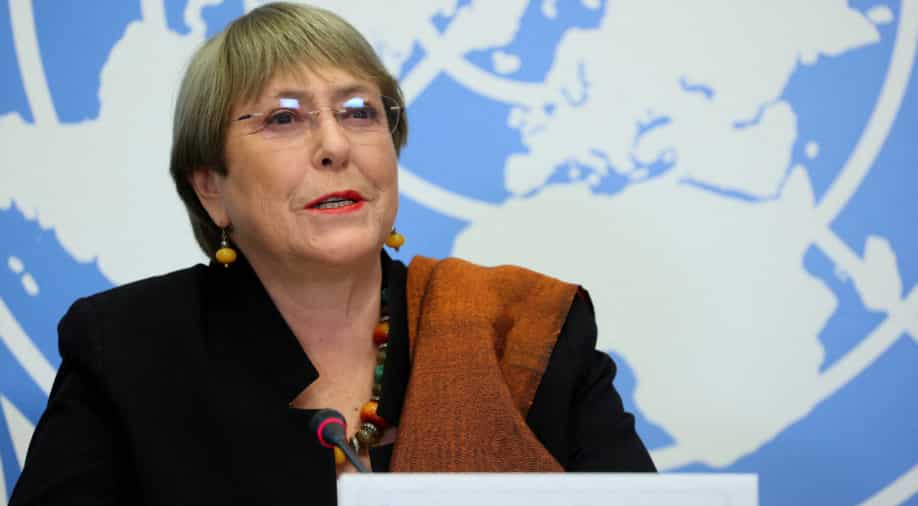 In what will be the first UN High Commissioner for Human Rights trip there since 2005, Bachelet is going to visit the controversial Chinese region from May 23 to 28 at the invitation of Beijing

The United States has slammed the United Nations High Commissioner for Human Rights Michelle Bachelet for failing to stand up for Xinjiang's Uyghur community.

In what will be the first UN High Commissioner for Human Rights trip there since 2005, Bachelet is going to visit the controversial Chinese region from May 23 to 28 at the invitation of Beijing.

Criticising Bachelet for "silence" in the face of what it said were atrocities in China's western Xinjiang region, the US State Department said that Washington "no expectation that the PRC (People's Republic of China) will grant the necessary access required to conduct a complete, unmanipulated assessment of the human rights environment in Xinjiang."

Ned Price, the spokesman of the US State Department, said "We're deeply concerned about the upcoming visit," and added that "Despite frequent assurances by Bachelet's office that the report would be released in short order, it remains unavailable to us."

"The High Commissioner's continued silence in the face of indisputable evidence of atrocities in Xinjiang and other human rights violations and abuses throughout the PRC - it is deeply concerning, particularly as she is and should be the leading ... voice on human rights," he said.

A similar statement was reiterated by the Human Rights Watch which raised fears that the Chinese Communist Party will "manipulate the visit as a public relations stunt."

Sophie Richardson, the China director of Human Rights Watch, said that Bachelet's "friendly visit defies credibility that the Chinese government will allow the high commissioner to see anything they don't want her to see, or allow human rights defenders, victims and their families to speak to her safely, unsupervised and without fear of reprisal."

According to a statement issued by Bachelet's office, she will meet "a number of high-level officials at the national and local levels", and "also deliver a lecture to students at Guangzhou University."

In 2018, when Bachelet took office, she demanded "meaningful and unfettered" access to far-western Xinjiang saying at least one million mostly Muslim people have been incarcerated in "re-education camps" in a bid to forcibly integrate them into China's Han majority.

Calling them the "lie of the century", China has vociferously denied Western allegations of forced labor and genocide against Uyghurs.