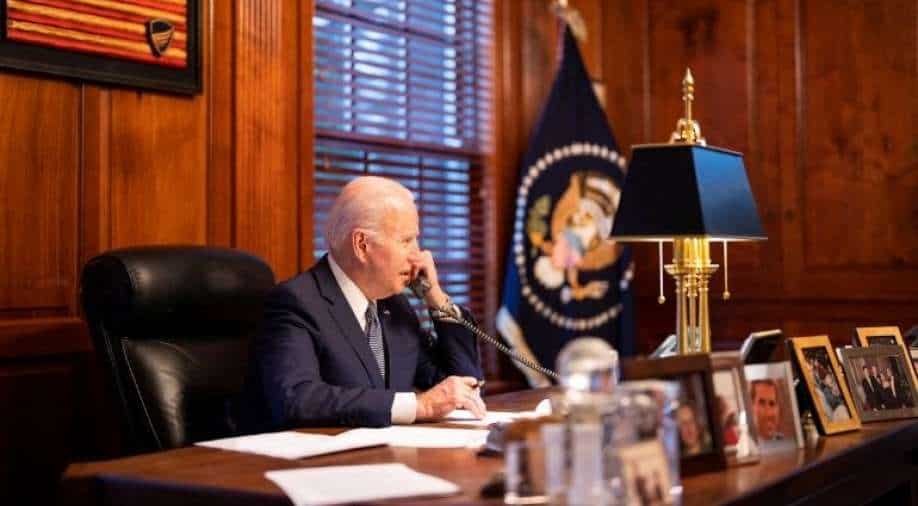 Presidents Joe Biden and Vladimir Putin spoke frankly for nearly an hour late Thursday amid growing alarm over Russia's troop buildup near Ukraine, a simmering crisis that's recently deepened as the Kremlin has stiffened its demands for increased security guarantees and test fired hypersonic missiles to underscore its demands.

US President Joe Biden spoke for over an hour with his Russian counterpart, Vladimir Putin, agreeing to continue and advance their communication ahead of a summit in Geneva early next year.

The simmering conflict has recently worsened as the Kremlin has stepped up its demands for more security guarantees.

What was Russia's reaction to the call?

According to Kremlin aide Yuri Ushakov, Russian President Vladimir Putin has warned his US counterpart, Joe Biden, that fresh sanctions against Russia over the situation in Ukraine could result in the two countries' relations being severed.

According to Ushakov, Biden warned Putin about further financial, military, and economic sanctions if tensions along Russia's western borders escalated.

"Our president clearly responded that this would be a colossal mistake that of course may result in the full severance of relations," the Kremlin aided said.

He added that such sanctions would have serious consequences and expressed hope this would not happen.

He went on to say that, despite the pleasantries shared, the call constituted a concrete political development.

What about the United States?

According to the White House, Biden told Putin that if Ukraine is invaded, the United States and its allies will respond forcefully.

"He made clear that the United States and its allies and partners will respond decisively if Russia further invades Ukraine," she added.

Thursday`s phone call was the second conversation between Biden and Putin in December. The two leaders spoke on December 7 in a video conference that ended with a pledge to restart diplomatic discussions, Xinhua news agency reported.