US retaliates against Russian 'interference' in election 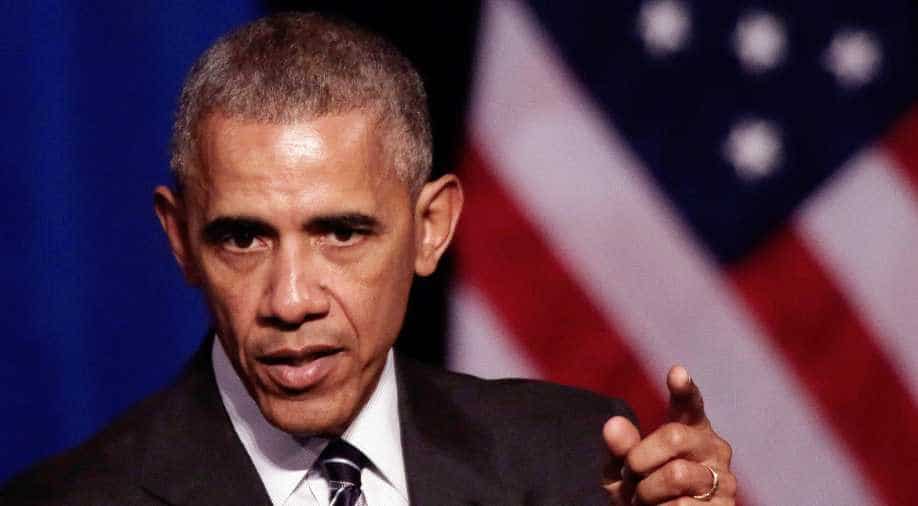 The 35 intel agents have been given 72 hours to leave the US. Photograph:( Getty )

In a series of retaliatory measure against Russia over vote meddling, the United States on Thursday imposed sanctions on two top Russian intelligence agencies, expelled 35 agents, and ordered the shutting down of two Russian compounds on US soil.

"I have ordered a number of actions in response to the Russian government's aggressive harassment of US officials and cyber operations aimed at the US election," Obama said.

These actions follow repeated private and public warnings that we have issued to the Russian government, and are a necessary and appropriate response to efforts to harm US interests,' said Obama

"These actions follow repeated private and public warnings that we have issued to the Russian government, and are a necessary and appropriate response to efforts to harm US interests in violation of established international norms of behaviour."

Obama imposed sanctions against Russia's FSB and GRU intelligence agencies and ordered the closing down of two Russian compounds that the US says are used "for intelligence-related purposes". The 35 intelligence operative -- based at the Russian embassy in Washington and the consulate in San Francisco -- have been declared "persona non grata" and ordered to leave the country within 72 hours.

The latter facility, a summer house a short drive from the US capital, was once featured in a Washington lifestyle magazine and was described as a stately home surrounded by lush gardens on the banks of the Chester River.

The US government said it is now used "for intelligence-related purposes".

"All Americans should be alarmed by Russia's actions," Obama said.

"Moreover, our diplomats have experienced an unacceptable level of harassment in Moscow by Russian security services and police over the last year. Such activities have consequences."

The US intelligence community all agree that Russia interfered in US elections to put Trump in the White House. They also believe in Russian hand in the hacking and release of Democratic Party and Clinton staff emails.

People tied to a Russian disinformation campaign that US intelligence officials say targeted Clinton's campaign may also be named under the plans, according to CNN.

Republican Lindsey Graham said in an interview on Dec. 27 that 99 per cent of US senators believe Russia interfered in the US presidential elections.

Washington accuses the Russian military's Main Intelligence Directorate (GRU) of hacking information with the intent to interfere with the US election -- and says the Federal Security Service (FSB) helped, AFP reported.

The sanctions will freeze their assets in the US and block business with US companies.

Obama said that the government will continue to take actions,'some of which will not be publicised'.

Obama said that the government will continue to take actions, 'some of which will not be publicised'

"These actions are not the sum total of our response to Russia's aggressive activities. We will continue to take a variety of actions at a time and place of our choosing, some of which will not be publicised," Obama said.

"The United States and friends and allies around the world must work together to oppose Russia's efforts to undermine established international norms of behavior and interfere with democratic governance."

Trump denied any links with Russia and said,"I think we ought to get on with our lives," on Wednesday.

And about a week before the election, Washington sent a message to Moscow using a special crisis communication channel for the first time, asking it to stop targeting state voter registration and election systems, according to AFP.