US President Trump's impeachment trial officialy gets underway in Senate 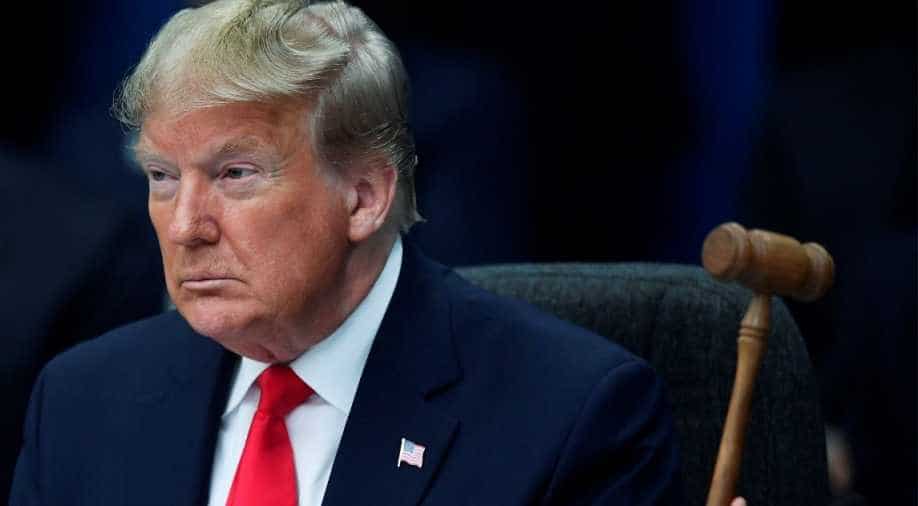 Even as the impeachment proceedings got underway at Capitol Hill, a handful of protesters staged demonstrations outside.

Trump's impeachment trial whether to remove the US President from office officially got underway in the Senate on Thursday.

Led by House Intelligence Committee Chairman Adam Schiff, the prosecutors presented and read out the articles of impeachment to the senate. The formal opening of the inquiry was marked by the swearing-in of Chief Justice John Roberts who issued the oath to all 100 senators to take part as jurors in the trial.

US constitution lays out that the chief justice will preside over the entire trial.

Even as the impeachment proceedings got underway at Capitol Hill, a handful of protesters staged demonstrations outside. Several groups like 'women's march' and 'rise and resist' took part in the protests.

The major flashpoint between the democrats and the republicans in this trial is about the introduction of new witnesses. Senate minority leader Chuck Schumer said that they have asked for 4 fact-based witnesses to testify.

There are already indications that the republicans are not going to concede ground. Senate majority leader Mitch McConnell called the president's impeachment a purely partisan performance by the democrats. He accused them of handing out souvenirs once the articles of impeachment were adopted in the house.

President Trump reacted to the trial by claiming innocence.

He said he was being impeached for a perfect phone call with the Ukranian president. Trump expects the proceedings in the Senate to move ahead rather quickly.

Meanwhile, Lev Parnas, an associate of Trump's personal lawyer Rudy Giuliani, during an MSNBC interview spoke about Trump's attempts last July to persuade Ukraine to announce an investigation into Hunter Biden, who is the son of Democratic US presidential contender Joe Biden, and held a seat on the board of a Ukrainian energy company.

Trump said on Thursday he did not know Lev Parnas.

Trump told reporters he does not know Parnas and called the news of his statements "a big hoax."