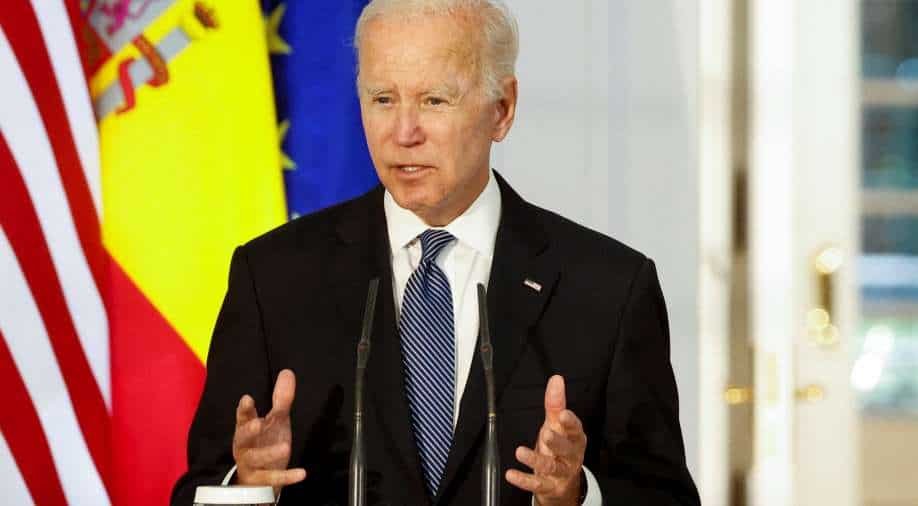 Currently, the US has more than 100,000 service members deployed across Europe, up by about 20,000 since before Russia’s invasion of Ukraine began four months ago

US President Joe Biden has announced to deploy more American armed forces across Europe in the wake of the Russian invasion of Ukraine.

Biden made the announcement on Wednesday after meeting NATO Secretary-General Jens Stoltenberg in Madrid for the opening of the 30-nation alliance’s annual leaders summit.

He said that a brigade of 3,000 combat troops would be stationed in Romania, two squadrons of F-35 fighters in the UK and two navy destroyers in Spain. The president also added that a permanent army headquarters would be established in Poland and enhancing rotational deployment in Baltic countries, and extra air defence systems would be stationed in Germany and Italy..

“The US and its allies are going to step up. We’re stepping up. We’re proving that NATO is more needed now than it ever has been,” Biden said before the first summit meeting began.

“The United States will enhance our force posture in Europe and respond to the changing security environment as well as strengthening our collective security,” he added.

A day earlier, Biden said that the US is boosting its fleet of naval destroyers from four to six in Rota, Spain.

Currently, the US has more than 100,000 service members deployed across Europe, up by about 20,000 since before Russia’s invasion of Ukraine began four months ago, according to the US Department of Defence.

Biden said that increase in military backing for US allies comes at a time when Russian President Vladimir Putin has “shattered peace in Europe and attacked the very tenants of rule-based order”.

Also read | US groups 'Proud Boys', 'The Base' labelled as terrorist organisations by NZ

Notably, the leaders attending the summit have inked a new NATO strategic concept, the first time the alliance has revised its vision statement since 2010. It formally recognised that Russia poses “the most significant and direct threat to allies’ security”, reports The Guardian.

The new document also referred to China for the first time, warning that Beijing’s “stated ambitions and coercive policies challenge our interests, security and values” and that a “deepening strategic partnership” with Russia, and the two countries’ attempts to undercut the rules-based international order, “run counter to our values and interests”.