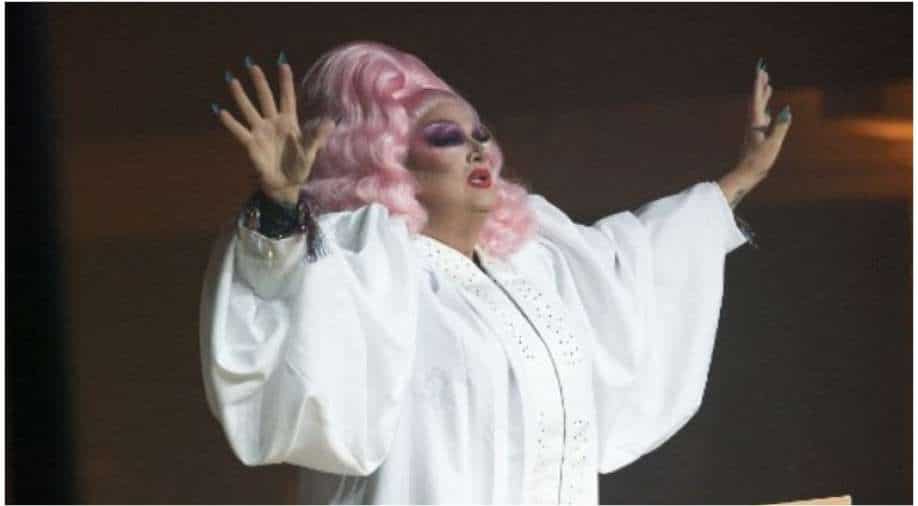 This undated and unlocated handout photo released by HBO shows US Pastor Craig Duke performing in drag during an episode of the HBO show “We’re Here.” A US pastor who made a brief television appearance in drag, wearing a huge pink wig and sequined leotard, has been removed from his ministry, a local church official in Indiana said on December 8, 2021. Photograph:( AFP )

A pastor in US who made an appearance in a drag costume wearing sequined leotard and huge pink wig has been removed from his pastoral duties as per a church official in Indiana.

Craig Duke (62), the pastor, appeared on an HBO show 'We're Here' wearing high-heeled thigh boots, lipstick and purple eyeshadow. He had a crucifix around his neck.

The Methodist reverend described the appearance as "an incredibly wonderful, refreshing, deepening, powerful spiritual experience," in an interview with the Religion News Service.

Having received "numerous calls and emails that are highly critical of Craig’s actions," Mitch Gieselman, the district superintendent of the church in Evansville, Indiana, said he had decided to relieve Duke of pastoral duties and "significantly reduced" his salary.

But Gieselman said he had not been fired nor had he resigned.

"He has not been found to have committed any chargeable offense or other violation of the United Methodist Book of Discipline," Gieselman said in a letter to parishioners.

Contacted by AFP on Wednesday, Gieselman declined to make any further comments.

The pastor's fate caused a surge of emotion, sparking an online fundraiser that raised nearly $60,000 in donations on Wednesday.

"May the bridge of understanding and acceptance of the LGBTQ community continue to expand across our community and beyond as God's love shines through," the pastor and his partner Linda said in a statement.

He did not regret his moment in the spotlight.