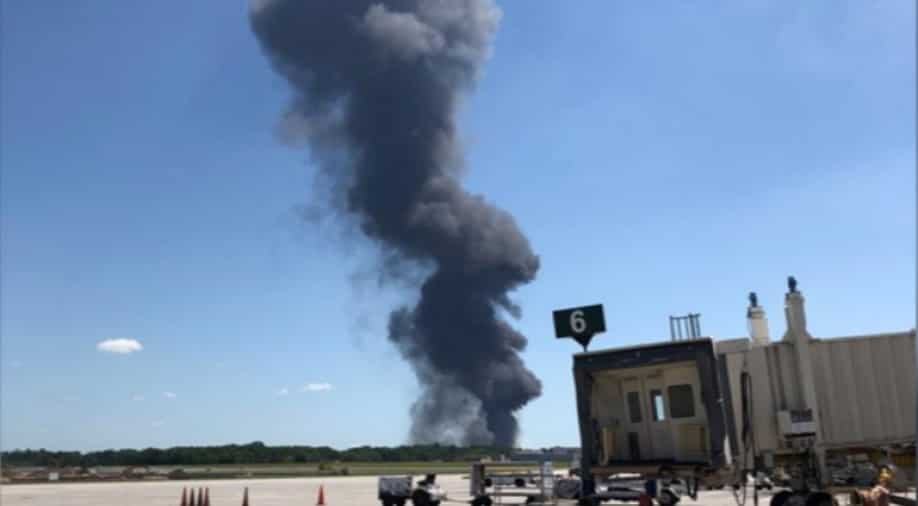 Smoke rises from an aeroplane crash near Savannah airport, Georgia, US, May 2, 2018, in this picture obtained from social media. Photograph:( Reuters )

A US Air National Guard C-130 transport aeroplane crashed on Wednesday not far from the Savannah/Hilton Head International Airport in Georgia, officials said.

Television footage of the crash site showed clouds of black smoke billowing into the air with fire equipment arriving at the scene.

The US National Guard said that one of its C-130 transport planes had crashed in Georgia. A spokesman could not give the number of personnel aboard and said an assessment was under way.

Abby Murphy, a spokeswoman for the Chatham County Emergency Management Agency, said that a military aircraft had gone down on the outskirts of Savannah, about 175 miles (280 km) southeast of Atlanta, but had no further information.

The Savannah airport said on Twitter that it was “assisting local agencies with an aircraft incident off property. No impacts to airport operations at this time.”