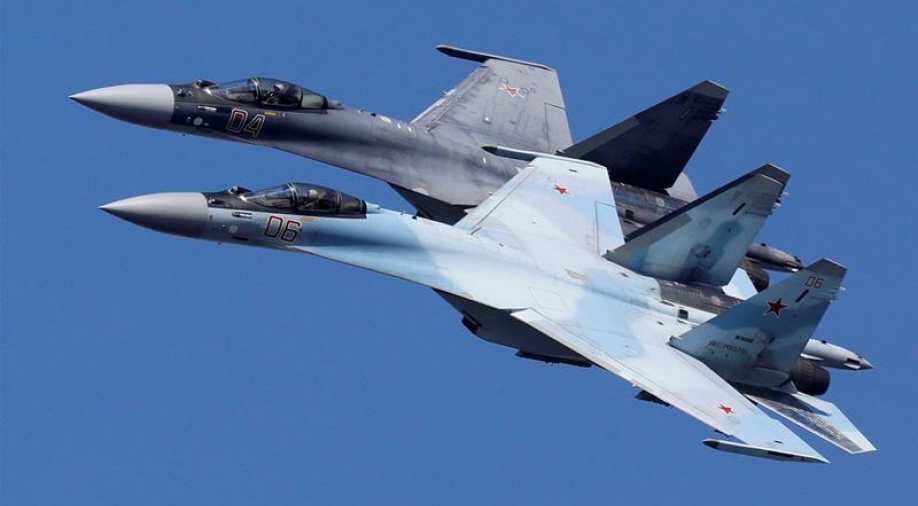 Russian fighters in Libya were flown out of a town south of Tripoli Photograph:( Reuters )

The US has long accused Moscow of using Russian mercenaries to bolster its preferred side in Libya's civil war.

The US military has accused Russia of deploying fighter aircraft to Libya to support Russian mercenaries fighting for eastern forces, adding to concerns of a new escalation in the conflict.

The US military's Africa Command on Tuesday said, in a statement: "US Africa Command assesses that Moscow recently deployed military fighter aircraft to Libya in order to support Russian state-sponsored private military contractors operating on the ground there. The aircraft were painted to camouflage their Russian origin."

To this end, Interfax on Wednesday cited Vladimir Dzhabarov, first deputy head of the upper house's international affairs committee, as saying that Moscow has not sent military personnel to Libya and the Russian upper house of parliament has not received a request to approve such a dispatch.

The US has long accused Moscow of using Russian mercenaries to bolster its preferred side in Libya's civil war.

A UN report had earlier confirmed the Wagner Group's presence in Libya. But the Kremlin consistently denies it uses private military contractors in conflicts abroad, and says mercenary groups do not represent the Russian state.

According to CNN, Russian contractors have been flying out of the town of Bani Walid over the last 3 days and there have been 6 to 7 flights out per day. Russia sent two MiG-29 fighter-bombers from Syria to Libya to protect and secure the retreat of the forces.

The Russian Air Force jets flew from Russia to Khmeimim Air Base in Syria, escorted by Russian fighter aircraft, and flew to Libya, landing in Eastern Libya near Tobruk for fuel, according to the official. The warplanes were then delivered to Al Jufra Air Base in Libya, closer to the front lines of the country's civil war, CNN reported.

The LNA has denied any foreigners are fighting with it, but the United Nations said this month that Russian private military contractor Wagner Group had up to 1,200 people in Libya.

“Russia has employed state-sponsored Wagner in Libya to conceal its direct role and to afford Moscow plausible deniability of its malign actions,” the US statement said.

The State Department said Friday that Secretary of State Mike Pompeo spoke with the leader of the Tripoli-based government, Libyan Prime Minister Fayez al-Sarraj " to reiterate US opposition to the continued level of weapons and munitions being brought into the country."